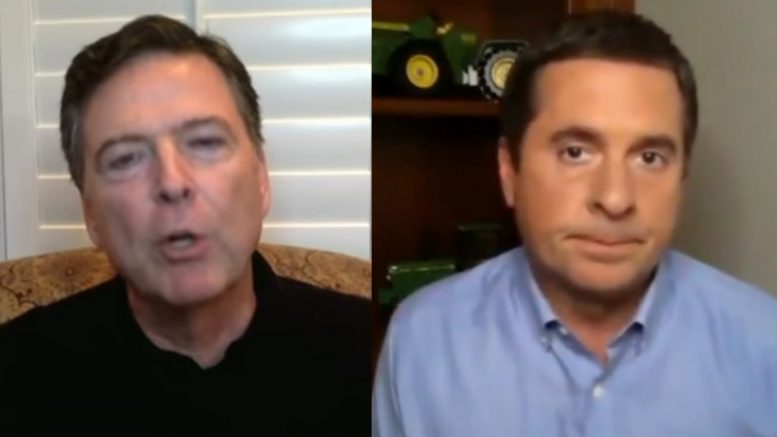 Congressman Devin Nunes had a few choice words for James Comey after the former FBI Director recommended that the Republican Party gets “burned to the ground” now that President Donald Trump’s term is over.

Comey — who allegedly weaponized the intel community to target President Trump while serving as FBI Director — made the suggestion when appearing for an interview in Australia this past week.

“If it’s going to survive, and we need two healthy parties to have a healthy democracy, it has to be rebuilt in some way,” he added. “I think you may see principled Republicans splitting off or finding a way to push the Trumpers off, so they can reconstitute the Republican Party on a set of real values.”

In reaction, Rep. Nunes told Judge Jeanine Pirro, “James Comey and his FBI and still FBI agents that are still there today — they’ve done a really good job of burning down the Republican Party, so they would know. They’ve been trying to do it for five years.”

“What the American people are waiting for and Republicans are waiting for is for John Durham to indict these guys and throw them in jail,” he added. “Comey was already recommended for indictment. He skated. I don’t know if the rest of these guys skate or not.” Video Below

"The Republican Party is going to have to take this head on" – @DevinNunes on big tech censorship. pic.twitter.com/zTWpHHwlDM