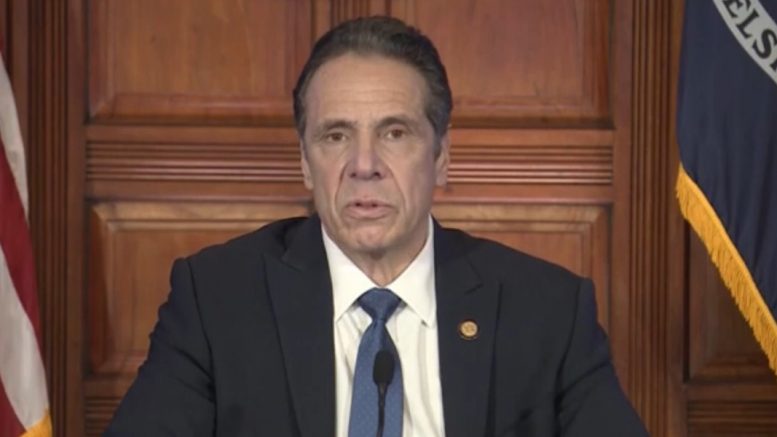 The New York Department of Health underreported Covid-19 deaths in nursing homes by as much as 50%, according to a new report published Thursday by New York Attorney General Letitia James.

The 76-page report comes after a months-long investigation by the attorney general’s office into allegations that nursing homes failed to follow coronavirus safety protocols. Her office was also investigating discrepancies between the number of nursing home deaths reported by the state’s department of health and the number of deaths reported by the facilities themselves, CNBC reported.

As reported by CNBC:

The investigation found that the number of Covid deaths among nursing home residents in some facilities rose by more than 50% when residents who died in the hospital are counted. The state’s official Covid-19 death toll in nursing homes, which stands at more than 8,700, excludes patients who died after being transported to a hospital.

Democratic Gov. Andrew Cuomo has faced criticism for failing to disclose the total number of nursing-home residents who have died of Covid-19. In her sweeping report, James, also a Democrat, found that “many nursing home residents died from Covid-19 in hospitals after being transferred from their nursing homes, which is not reflected in D.O.H.’s published total nursing home death data.”

James’ findings are based on a survey of 62 nursing homes, or about 10% of nursing homes in the state. She said her office continues to investigate discrepancies in the data reported by the department of health and the numbers reported to the attorney general’s office. Continued Below

The investigation also found that a number of nursing homes failed to comply with “critical infection control policies,” such as failing to isolate residents who tested positive for the virus.

“As the pandemic and our investigations continue, it is imperative that we understand why the residents of nursing homes in New York unnecessarily suffered at such an alarming rate,” James said in a statement. “While we cannot bring back the individuals we lost to this crisis, this report seeks to offer transparency that the public deserves and to spur increased action to protect our most vulnerable residents.”

During a news conference on Friday, New York Governor Andrew Cuomo defended his nursing home orders, saying in part, “who cares” where people died, referring to a nursing home versus a hospital. Video Below

“By the way, the same people are dying today. 96% of the people who die are older people with comorbidities, which happens to be the population that lives in nursing homes. It’s continuing today, even with all the testing that we’re doing. If you look at New York state, we have a lower percentage of deaths in nursing homes than other states,” he said, without mentioning New York Attorney General Letitia James’s investigation. “A third of all deaths in this nation are in nursing homes.”

“But who cares, 33, 28, died in hospital, died in a nursing home– they died. … I understand maybe the instinct to blame or to find some relief for the pain that you’re feeling, but it is a tragedy. It’s a tragedy that continues today,” Cuomo said.