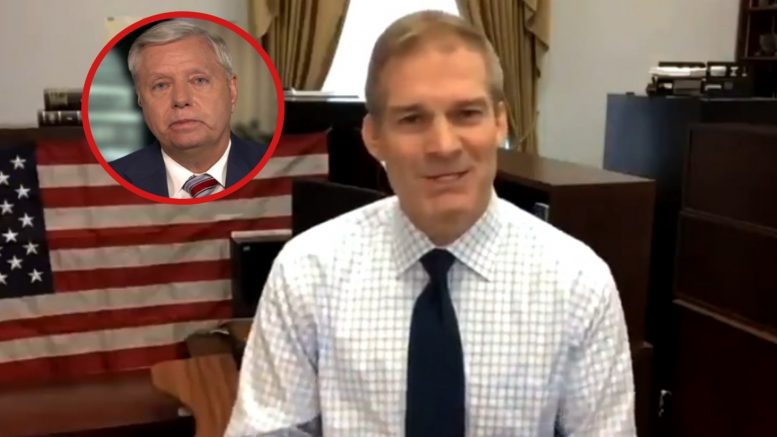 With only one week until the Senate trial is set to begin, Jordan remains puzzled about how exactly the allegation that President Trump incited the January 6th riot could even be possible when “it was already planned” prior to Trump’s speech, according to information he has gathered.

What’s even more trivial to Jordan, is the fact that President Trump is being accused of stirring up chaos at the Capitol, despite telling his supporters to “peacefully and patriotically” make their voices heard during his speech.

“This impeachment is ridiculous,” he added. Video Below

How do you incite a riot that was already planned?

How do you incite a riot when the president said “peacefully and patriotically make your voices heard?”

This #impeachment is ridiculous.

Rep. Jordan went on to appear for an interview on Tuesday, where he backed Sen. Lindsey Graham’s threat to bring in the FBI to testify if Democrat Senators decide to call witnesses forward at the impeachment trial.

“You would ask the FBI, ‘What did they know beforehand?’ Remember, there were bombs put at the Republican National Committee the day before. The attack was planned before the President gave his remarks at the Ellipse,” Jordan said.

.@Jim_Jordan discusses President Trump‘s impeachment next week. He says Lindsey Graham is right if they call witnesses they need to call in the FBI as a witness. pic.twitter.com/sih326lBHN