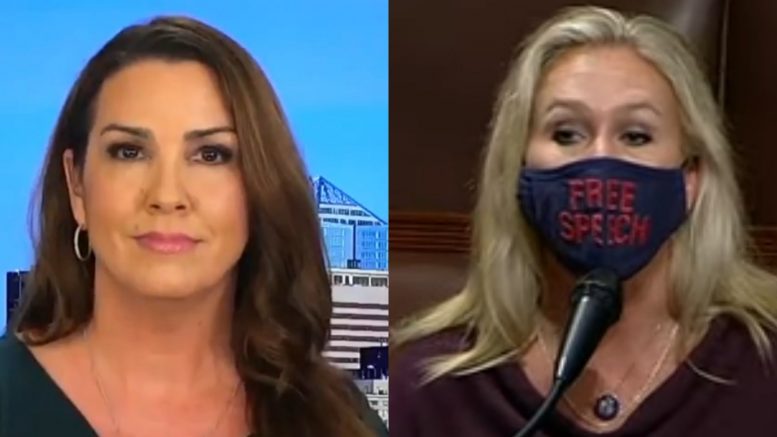 Sara Carter exposed hypocrisy behind House Democrats voting to strip Rep. Marjorie Taylor Greene from key posts as a result of past comments she made related to the 9/11 attack, mass school shootings and more. Rep. Greene has since apologized for the past remarks.

On Thursday, the House passed a resolution (230-199) to remove Sen. Greene from assignments on the Education and Budget Committees. 219 Democrats and 11 Republicans voted in favor of the resolution.

While the House voted to remove GOP Rep. @mtgreenee from committee roles…Here’s some facts:

“Lawmakers have allowed Rep. Eric Swalwell who was involved with a Chinese spy to remain on the Intelligence Committee. They supported Rep Waters who publicly pushed to have Trump supporters harassed.

“They backed Rep. Adam Schiff who led the charge in spreading Russia conspiracy lies against the President Trump and wasted tax payer dollars in a concocted Special Counsel investigation. Rhinos in the Republican Party caved to them every time.

“The leftists, Dems never cave on one another – they lie with impunity, target their enemies relentlessly but all you need to do is look at the facts.

“Those facts are so revealing – it is the reason the left is desperate to control Big Tech and the media…their lapdogs. Continued Below

“Why do you think they are now calling Americans who don’t agree with them insurgents/ terrorists? Just ask yourself…”