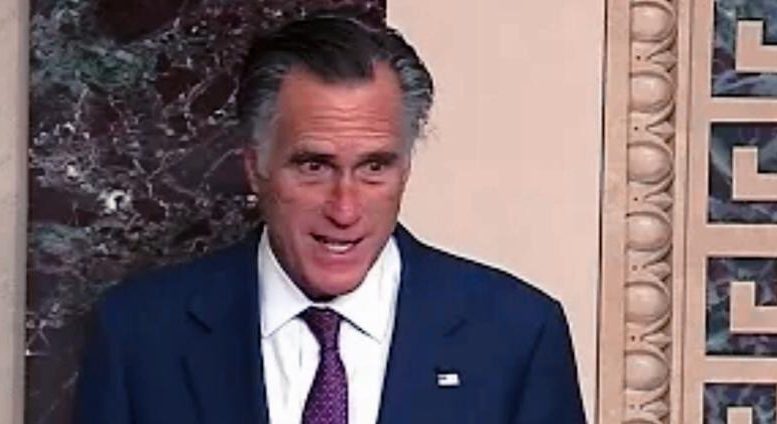 The Senate on Tuesday voted to move forward with the impeachment trial of the 45th President after listening to nearly four hours of arguments on whether it is constitutional to try former President Donald Trump, who is already out of office. The Senate voted 56-44.

Senator Patrick Leahy (D-VT) who is presiding over the impeachment trial, said on Tuesday after the vote, “The Senate shall proceed with the trial…”. The Senate trial adjourned until noon Wednesday.

"The Senate shall proceed with the trial…" pic.twitter.com/NqisVfVrQf

During the first day of the impeachment trial against former President Donald Trump, Trump’s legal team said the trial is unconstitutional because he is no longer in office and cannot face removal, which is the standard judgment of an impeachment conviction.

“President Trump is no longer in office. The object of the Constitution has been achieved. He has been removed by the voters,” Bruce Castor, Trump’s attorney said.

House Democrats, however, made the case that not only is there precedent for proceeding with impeachment for a federal official who is out of office, but it’s the right thing to do to hold presidents accountable. They claimed the Constitution applies every day that a president is in office, and the 45th President’s conduct while president cannot be ignored even if he left office.

“History does not support a January exception in any way,” House impeachment manger Rep. Jaime Raskin (D-MD) said in part. “So why would we invent one for the future?”

“So The Democrats want to have a Senate trial today for a former President. Barack Obama should be worried. He used the CIA, FBI and NSA during a political campaign to illegally surveillance the Trump team. Sounds like a ‘high crime’ to me. #OperationCrossfireHurricaine,” Gorka wrote on Twitter Tuesday. Continued Below

So @TheDemocrats want to have a Senate trial today for a former President. @BarackObama should be worried.

He used the CIA, FBI and NSA during a political campaign to illegally surveillance the Trump team.