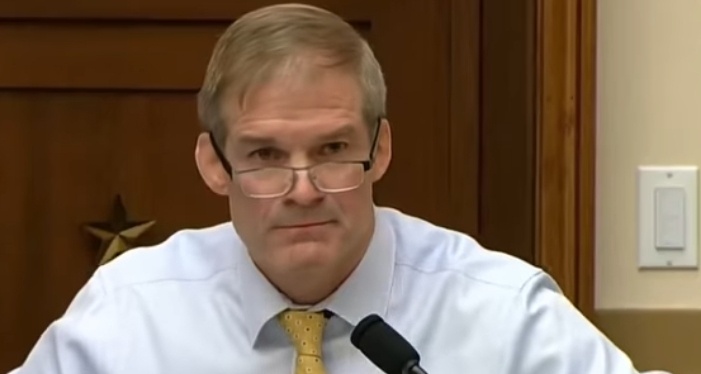 As Democrats try to convince at least 17 GOP Senators that Trump is guilty of “incitement of insurrection,” Rep. Jordan laid out “four facts” he says “will never change” in regards to Impeachment 2.0.

1. This #impeachment is unconstitutional.

1. This #impeachment is unconstitutional.

Rep. Jordan has also slammed Democrat impeachment managers for editing out a key moment from a video montage played during the first day of the trial, which attempted to connect words spoken by President Trump to the January 6th Capitol riot.

Jordan argues that Democrats left out a clip where Trump told his crowd of supporters to “peacefully and patriotically” make their voices heard.

Here is an interview posted by Rep. Andy Biggs where Jordan mentions the edited video as well as the “four facts” pointed out above:

.@Jim_Jordan and I are standing with President Donald J. Trump against this unconstitutional and unprecedented impeachment show trial. The facts and the Constitution are on the president's side. He will again be exonerated. pic.twitter.com/WZC9d9b94d

In ending, here is another tweet Rep. Jordan posted on Wednesday, where he lashes out on Democrats’ cancelation efforts:

In this past year, Democrats canceled your ability to:

-Go to church
-Go to work
-Go to school

And now they’re trying to cancel President Trump’s ability to run for re-election.