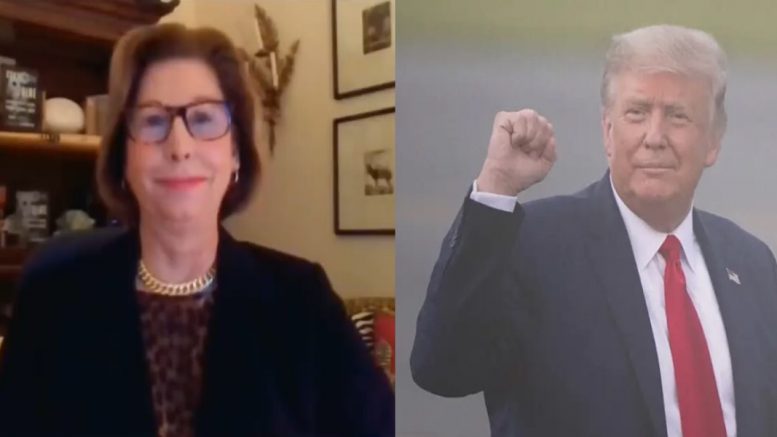 Attorney Sidney Powell posted a series of messages on Telegram Tuesday, explaining what Americans can do to “make your voices heard” following the 2020 November presidential election.

She also gave an update regarding “active” legal cases that she and attorney Lin Wood are pursuing in regards to the election.

Sidney Powell’s statement is as follows:

Everyone—every good American—right now must get involved in the political activities in your cities and towns and counties. No more waiting for anyone else to do it. Get a group of at least 10 people together and go to EVERY county commissioners meeting, every city council meeting, every school board meeting.

Make your voices heard. Speak up and out. Turn off the TV and take an active role in your own community. Begin identifying people right NOW to run for every office in each of the next elections. We must return to a CITIZEN government and vote out all the lifelong politicians. Start recall petitions on the bad governors, and support us if you can at DefendingTheRepublic.org

We are establishing a charitable organization and a SUPERPAC to represent the 80 million people who just had their votes for Trump and FREEDOM suppressed by massive voter fraud. Thank you! Continued Below

All their claims are frivolous, and they are going nuts! And there’s a big fight in AZ. Citizens need to make their voices heard to all their state officials and demand full forensic audits by computer experts. There is evidence still in the machines.

Why do you think Dominion and Smartmatic are fighting so hard to keep us from accessing the machines—even though federal law requires all records to be kept for 22 months to make certain our elections are valid?? — Sidney Continued Below

As reported by The Epoch Times:

The U.S. Supreme Court on Feb. 5 scheduled several high-profile contest-of-election lawsuits, including ones brought by attorneys Sidney Powell, Lin Wood, and the Trump campaign, for consideration at its Feb. 19 conference.

All cases allege some form of unlawful election-related conduct affecting the results of the election, including expansion of mail-in balloting by elections officials, changing rules in contravention of state election laws, lack of adequate security measures around mail ballots, issues with machine vote tabulation, and denial of meaningful access to poll watchers.

YouTube has deleted the video that is linked in Powell’s message, however it can viewed on Rumble. See her additional post below.

(Related: Sidney Powell Claims To Have Enough Evidence To Prove ‘Millions’ Of Votes Were Fraudulently Shifted From Trump