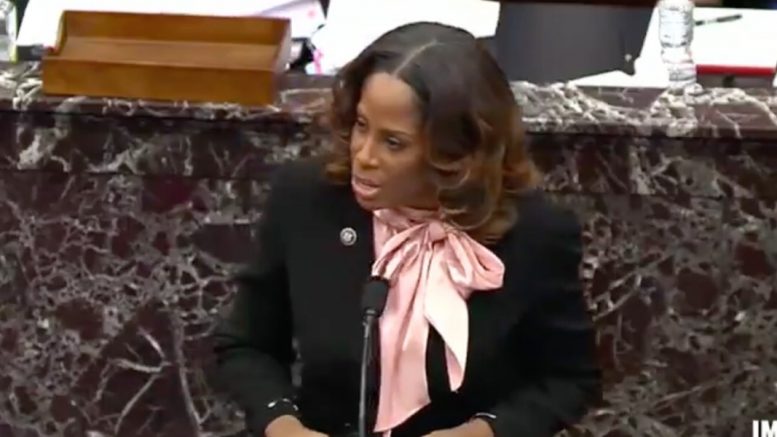 Plaskett specifically appeared to vent her frustration because the video included Democrats with “Black women and people of color” that were “fighting for a cause or an issue or a policy”.

“I’ll briefly say, the defense councils put a lot of videos out in their defense, playing clip after clip of Black women talking about fighting for a cause or an issue or a policy. It was not lost on me as so many of them were people of color, and women, Black women. Black women like myself who are sick and tired of being sick and tired for our children. Your children, our children” Stacey Plaskett said.

“This summer things happened that were violent, but there were also things that gave some of us Black women great comfort. Seeing Amish people from Pennsylvania standing up with us. Members of Congress fighting up with us,” she continued.

“And so I thought we were past that. I think maybe we’re not,” Plaskett added.

"It was not lost on me": Stacey Plaskett points out that when Trump's attorneys showed videos of Democrats using the word "fight," many of them were Black women and people of color

"I thought we were past that. I think maybe we are not." https://t.co/YUg7sgxuDX pic.twitter.com/FSqviCCyXI

Democrats allege that the former president incited violence at the Capitol in a speech he delivered near the White House on January 6. In his address, Mr. Trump used the words “fight like hell” in reference to his team’s legal efforts around election integrity and primarying lawmakers in upcoming elections. House managers claimed that the 45th President used the words to incite his followers to commit violence.