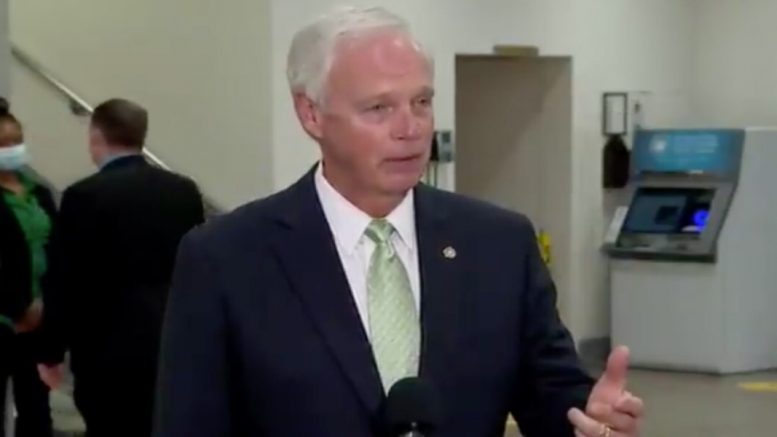 Johnson told reporters that the 45th President’s lawyers “blew the House manager case out of the water”.

“I think the president’s lawyers blew the House manager case out of the water. They legally eviscerated them,” Senator Ron Johnson expressed.

“I think when they showed the distortion of tweets, the selective editing– shows the reason why due process is important,” he continued. “And it certainly proves the First Amendment applies to political speech probably more than anything.”

“The president’s lawyers just blew the House manager’s case out of the water,” the Wisconsin Senator reiterated.

Former President Donald Trump’s lawyer David Schoen argued on Friday that former president Donald Trump “did not incite the horrific, terrible riots” that were carried out at the U.S. Capitol on January 6. He claimed that House impeachment managers took President Trump’s words out of context and manipulated footage, tweets and news reporting to support their case, as reported by The Freedom Times. Video Below

Sen. Ron Johnson: "The president's lawyers blew the House manager case out of the water. They legally eviscerated them." pic.twitter.com/Fkg16gBDLs

It is not exactly clear what part of the trial Senator Ron Johnson was referring to, however, Schoen showed many clips on Friday of media interviews, rallies, and violent protests from last summer to suggest that Democrats are guilty of the same behavior — including promoting violence seeking to decertify election results — that they accused Republicans of during this impeachment trial.