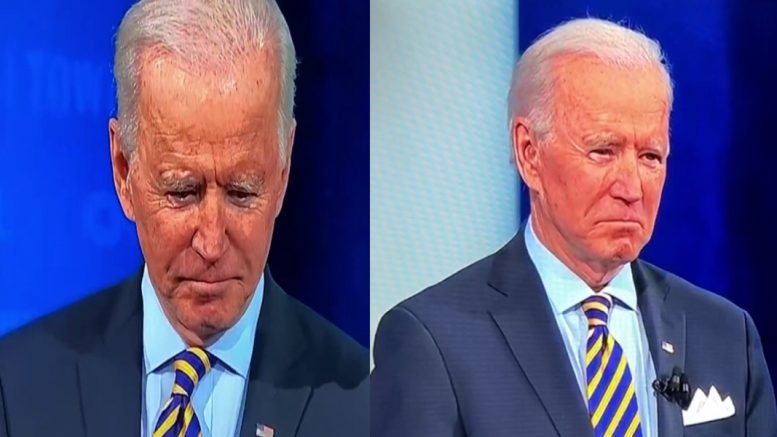 Joe Biden, during a CNN Townhall on Tuesday, falsely claimed that his administration did not have a vaccine to work with when he came into office.

Former press secretary Kayleigh McEnany tweeted a video clip of Biden’s remarks, wondering, “How does Joe get away with this?”

Biden says there was no vaccine when he came into office.

That is abjectly FALSE. President Trump brought about the fastest vaccine for a novel pathogen in history.

How does Joe get away with this? pic.twitter.com/OcFeVbQ3At

Special advisor for communications for Sen. Ted Cruz (R-TX), Steve Guest, tweeted two screenshots of articles written by CNN, where they reported when Biden received the coronavirus vaccines before he was sworn into office.

On December 11, 2020, the U.S. Food and Drug Administration issued the first emergency use authorization (EUA) for a vaccine for the prevention of coronavirus disease 2019 (COVID-19) caused by severe acute respiratory syndrome coronavirus 2 (SARS-CoV-2) in individuals 16 years of age and older. The emergency use authorization allows the Pfizer-BioNTech COVID-19 Vaccine to be distributed in the U.S., FDA.gov reported. Continued Below

“What we did, we got into office and found out the supply, there was no backlog, I mean, there was nothing in the refrigerator, figuratively and literally speaking,” Biden claimed. “And there are 10 million doses a day that were available. We’ve upped that in the first three weeks that we were in office to significantly more than that, we’ve moved out, went to the Pfizer and Moderna and said, can you produce more vaccine and more rapidly? And not only agree to go from 200 to 400, then they agreed to go to 600 million doses.”

“So if end of April, excuse me, the end of July, they’re available to actually get them in the arms of people who want them that will take what, a couple more months? CNN’s Anderson Cooper asked.

“It’s one thing to have the vaccine, which we didn’t have when we came into office, but a vaccinator, how do you get the vaccine into someone’s arm?” Biden continued. “So you need the paraphernalia, you need the needle, you need the mechanisms to be able to get it in, you have to have people who can inject it in people’s arms.” Continued Below

President Biden affirmed that Covid-19 vaccines will be widely available to the general public by the end of July.

"By the end of July we'll have over 600 million doses, enough to vaccinate every single American." #BidenTownHall https://t.co/K3sxmUXFdG pic.twitter.com/xTkje54Aqx

Meanwhile, some blue checkmarks on Twitter appeared to cover for Biden’s false claim:

Related: Biden Claims Trump ‘Did Not Do His Job’ In Preparing To Vaccinate ‘Hundreds Of Millions Americans’)