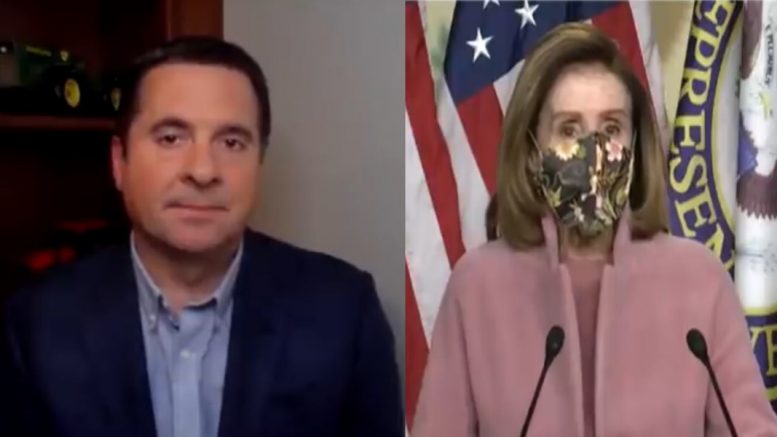 House Intelligence Committee Ranking Member Devin Nunes (R-CA) spoke to host Laura Ingraham Monday on Fox News’ “The Ingraham Angle”, after a group of House Republicans sent a letter to Speaker Nancy Pelosi (D-CA) on Monday, demanding answers on key security decisions made in the days leading up to the January 6 Capitol breach in Washington, D.C.

Asked what decisions Pelosi made to the lead up to the security breach at the Capitol on January 6, Rep. Devin Nunes told Laura Ingraham, “We don’t know because she won’t answer the question, and of course, the media is not asking the tough questions. When they do kind of hint around it, she dodges it.”

“But I know from that morning, I spoke to several Capitol police officers on the morning of the 6th, that they were very concerned. So, at the end of the day, she’s the mayor of the Capitol. She should take responsibility,” the House intelligence committee ranking member recommended.

“And if you notice, this hasn’t been talked about either, Laura– on Saturday, during the impeachment circus number two, remember there was that split time where they thought all of sudden there was going to be witnesses? Well, what happened is when Donald Trump’s team talked about having witnesses, they were gonna call her. And then, they took a break and everything in a typical swamp fashion in D.C. disappeared, there were no witnesses, and they voted to acquit Donald Trump,” he recalled.

“So she clearly doesn’t want to answer what happened and what her roles and responsibilities or her staff were on that day,” Rep. Nunes suggested. Video Below

The questions, as listed in the letter to Pelosi, are as follows: 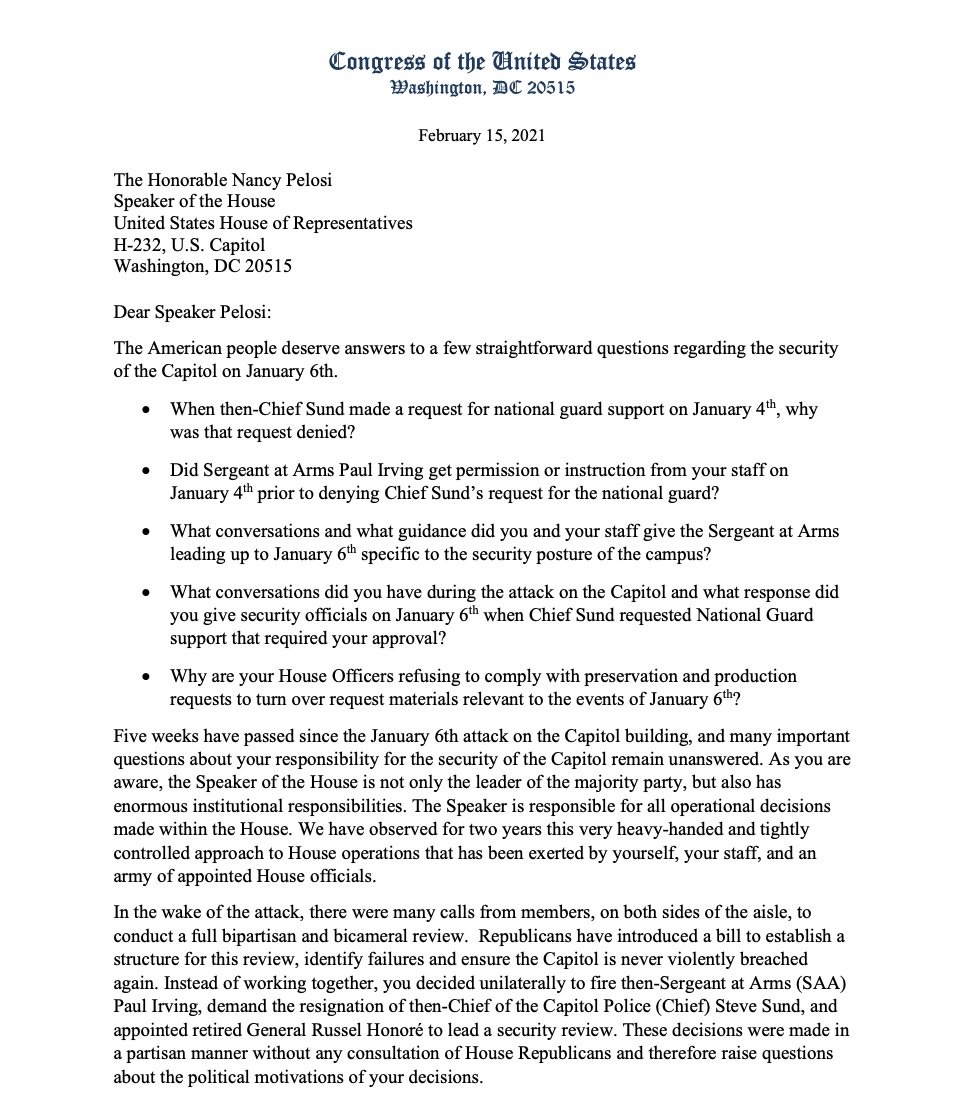 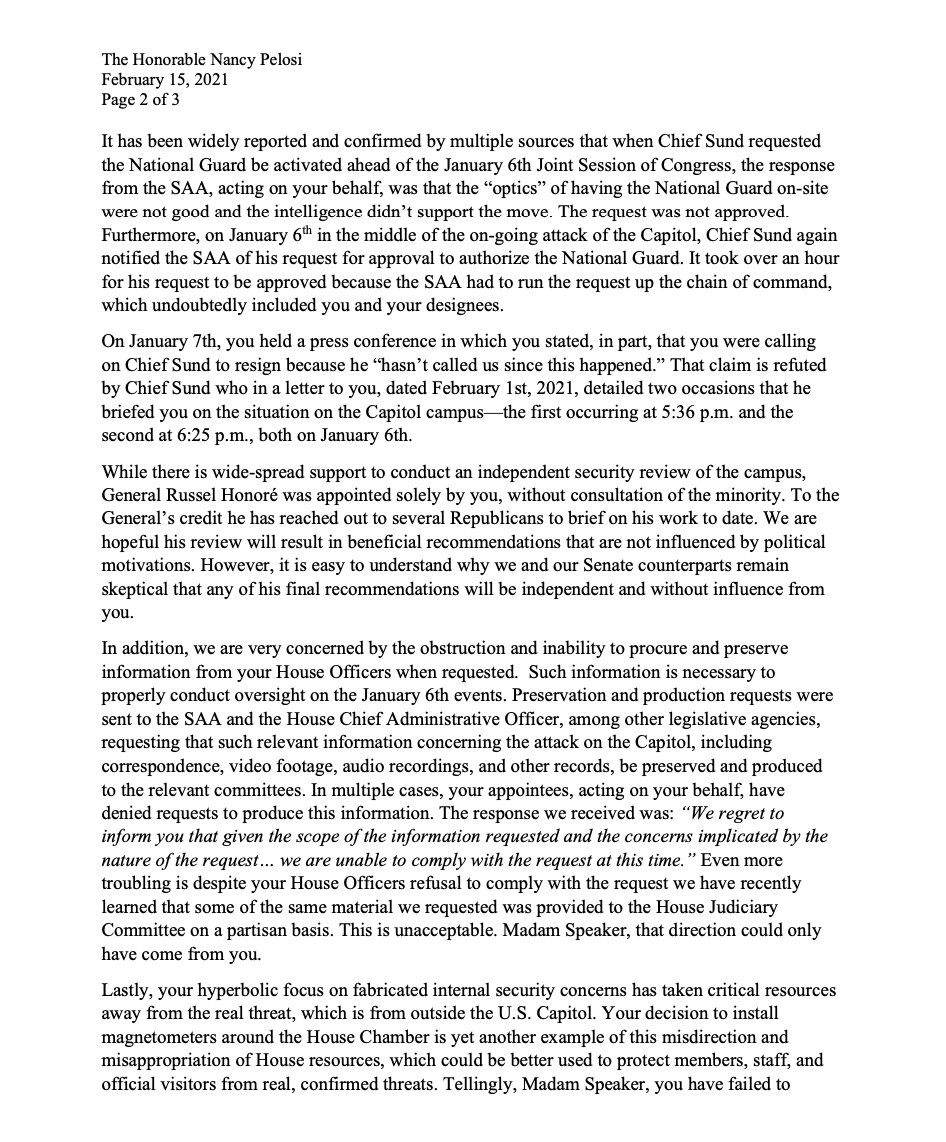 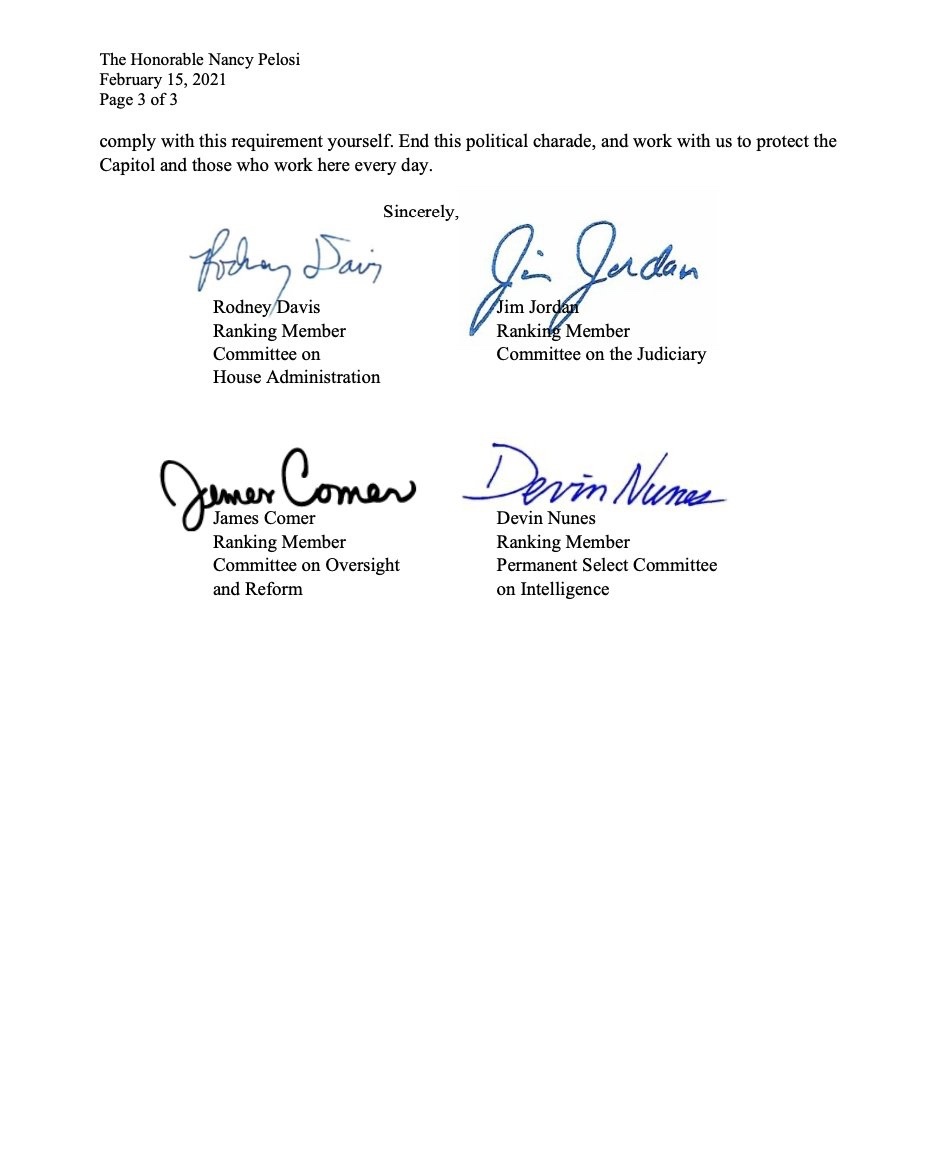