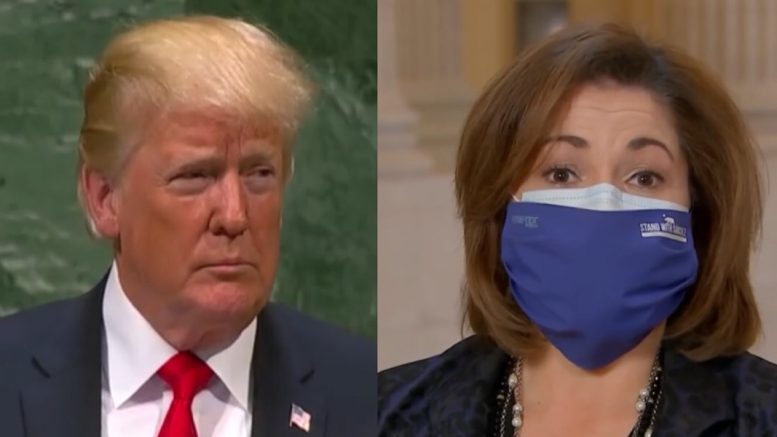 The Bill was introduced last month; HR 484, The No Glory for Hate Act, would prohibit the use of federal funds for any project commemorating a president twice impeached by the House of Representatives and would further restrict the benefits afforded them after leaving office.

In a press release, Rep. Linda Sánchez said, “For years, Donald Trump poured gasoline on lies, encouraging racism and hatred, then lit the match on January 6th. A president who has been impeached twice does not deserve the honors bestowed on a former president. We should never glorify the hatred Donald Trump personified as President. This bill ensures that there is no glory for hate – not a building, statue, or even a park bench.”

The No Glory for Hate Act prohibits the use of federal funds for any:

…commemorating a former President twice impeached by the House of Representatives, or who has been convicted of a State or Federal crime relating to actions taken in an official capacity.

“I remember getting the horrifying news that no one was coming to help us – that the National Guard had not gotten approval – while police officers were being beaten and overrun. I thought, no one who stirs up this seditionist act should ever be held to the same high standards we hold for our former presidents who served with grace,” said Congresswoman Sánchez. Continued Below

Congresswoman Sánchez added: “Even though Trump is no longer in office, he should still be held accountable for his actions and the taxpayers should not foot the bill for his future actions.  I can’t imagine sending students in Southern California — or anywhere in America — to a school named in honor of a traitorous president.”

You can read the full text of HR 484 here. Continued Below

JUST IN: House Dems have introduced a bill to ban “twice impeached presidents” from burial at Arlington National Cemetery and federal funds from going to buildings displaying their names or acknowledging their achievements

This bill is called the "No Glory For Hate Act" pic.twitter.com/o3Y9n7qJUi

Dems just introduced a bill to ban presidents "twice impeached by the House" from having their name on anything that gets federal funding and burial at Arlington.

THIS is their priority right now?

Not students.
Not workers.
Not small businesses.

(Related: Rep. Zeldin Says De Blasio ‘Needs To Be Removed’ & Reacts To ‘BREATH Act’; A Bill To Defund The Police)