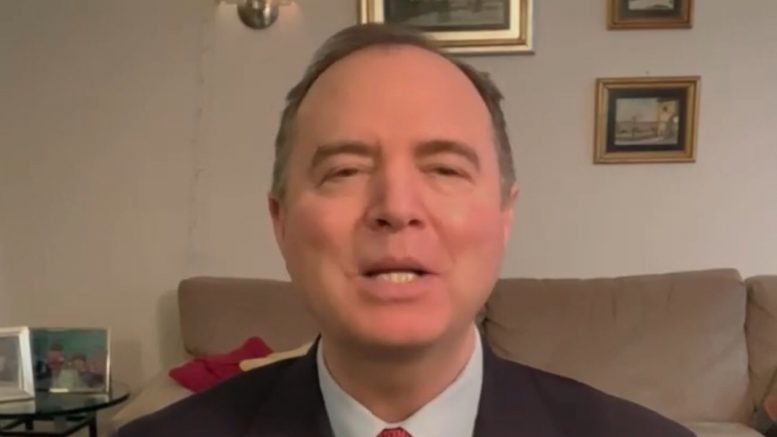 Rep. Adam Schiff (D-CA), during a Sunday interview on MSNBC’s “Weekends”, claimed that America has “one functional party and a cult of personality around Donald Trump”.

Reacting to a video of House Minority Whip Steve Scalise (R-LA) being asked if he acknowledged President Joe Biden as the “legitimate president of the United States,” Schiff alleged, “This is the number two Republican in the House, and he has difficulty saying that Joe Biden was elected in a free and fair election because he doesn’t want to antagonize Donald Trump and his base, notwithstanding the fact that Donald Trump incited a violent attack on our Capitol, these republican leaders are still in his thrall.”

“Steve Scalise made the same pilgrimage Kevin McCarthy did to Mar-a-Lago to kiss the ring, to once again pledge fealty to Donald Trump,” Schiff asserted.

“They have tied their wagon to this amoral now former president. It’s a terrible thing for the Republican Party, but it’s also a tragedy for the country,” Schiff told host Alex Witt.