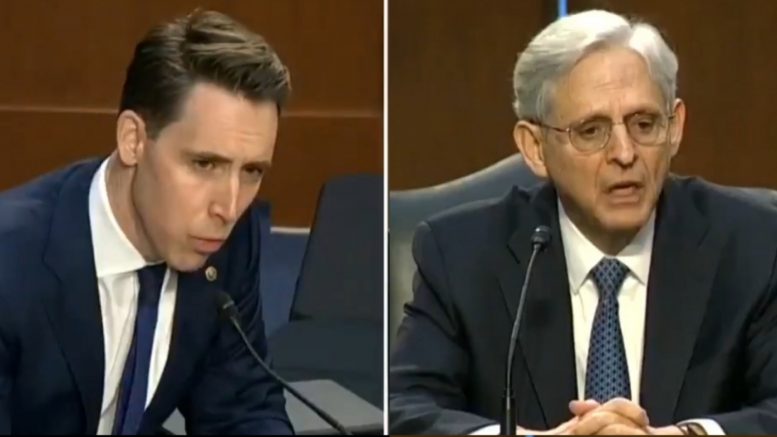 During his Senate confirmation hearing on Monday, Joe Biden’s nominee for Attorney General Merrick Garland had a rough time answering a question regarding illegal entry into U.S. borders.

It all unfolded when Senator Josh Hawley grilled Garland over whether he will continue to prosecute those who illegally cross into the United States if he becomes the Attorney General.

“Do you believe that illegal entry at America’s borders should remain a crime?” Sen. Hawley asked.

“The president has made clear that we are a country with borders and with a concern about national security,” he continued. “I don’t know of a proposal to decriminalize but still make it unlawful. I just don’t know the answer to that question. I just haven’t thought about it.

Sen. Hawley followed up by asking, “Will you continue to prosecute unlawful border crossings?”

“Well, this is again a question of allocation of resources,” Garland replied. “The department will prevent unlawful, um, uh, crossing. I don’t know…I have to admit, I just don’t…know exactly what the conditions are and how this is…um, I don’t know what the current program is with to respect to this…so I assume that the answer would be yes, but I don’t know what the issues surrounding it are.”

When asked if illegal border crossings should be a crime, Biden's AG nominee Merrick Garland says: “I haven’t thought about it”https://t.co/E1Wv4EuUqI pic.twitter.com/4imI8vubMU