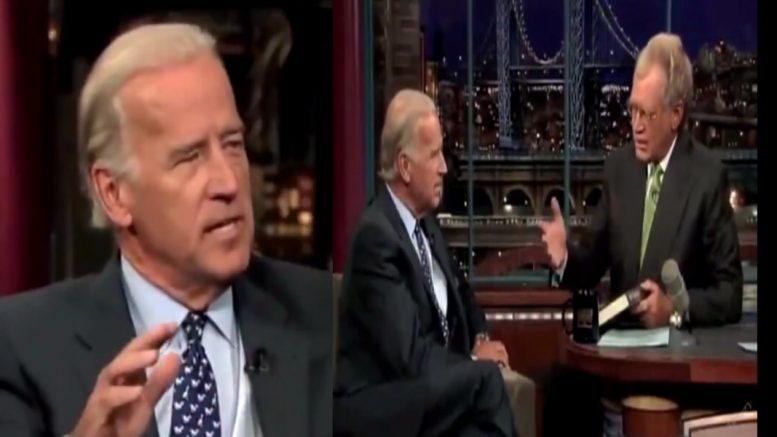 Joe Biden, in 2007, claimed during an appearance on David Letterman that he had once been arrested when he was 21 for trespassing in the Capitol in Washington, D.C.

A video of Biden’s remarks surfaced on social media, where he is heard describing what appeared to be a crime, similar to those who participated in the January 6 Capitol riot.

In a 2007 appearance on David Letterman, then-Sen. Joe Biden (D-DE) claimed he was arrested at the U.S. Capitol when he was 21 years old.

Letterman asked Biden what it was like to walk into the U.S. Senate chamber after being elected at the age of 29.

Biden said he had actually walked into the Senate chamber when he was 21 and got arrested. Continued Below

Recounting the details of the arrest – which apparently happened on a Saturday – Biden said had been visiting some friends at Georgetown University, and decided to visit Washington because he “was fascinated with the Senate.”

“In those days, no guards stopping you everywhere. And they just got out of session. I walked in the back, all of the sudden I found myself in the chamber. I was stunned. I walked up, sat down in the presiding officer’s seat, guy grabbed by the shoulder, said: ‘you’re under arrest,’” Biden said.

Biden added: “Literally nine years later, as I walked onto the Senate floor through the same door, that same guy, cop, said to me, ‘Senator, you remember me?’ I said, ‘geez, I don’t.’ He said, ‘I arrested you nine years ago… welcome back.’” Video Below

Oh the irony. Biden said that he was arrested for trespassing at the Capitol. pic.twitter.com/cUid5QAIQ6