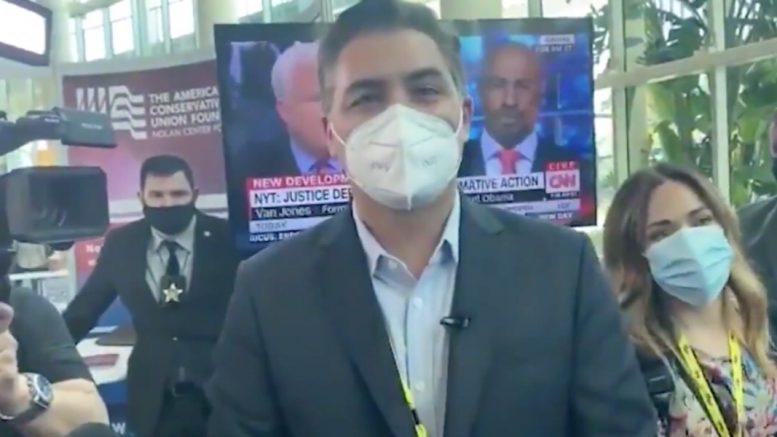 A reporter from The Federalist demanded to know why CNN isn’t covering a pair of New York Governor Andrew Cuomo (D-NY) scandals: the COVID nursing scandal and a sexual harassment complaint.

“When are you going to start covering Cuomo?” the Federalist reporter wondered, reiterating his initial question.

“We do,” Acosta claimed, before Marcus fired back: “No, I’m asking you a serious question.” Video Below

Jim Acosta refuses to answer @BlueBoxDave's questions about CNN’s lack of coverage of New York Gov. Andrew Cuomo’s nursing home scandal and the allegations of sexual assault against him. pic.twitter.com/u6O9pFtkfB

CPAC communications director Ian Walters weighed in on the clip of Acosta being questioned, stating, “Everyone has a right to ask the tough questions. There is no Divine Right of Media Kingpins.”

Acosta, who is covering CPAC for CNN this year, was not welcomed kindly by some guests at CPAC, who earlier in the morning chanted, “CNN sucks!”