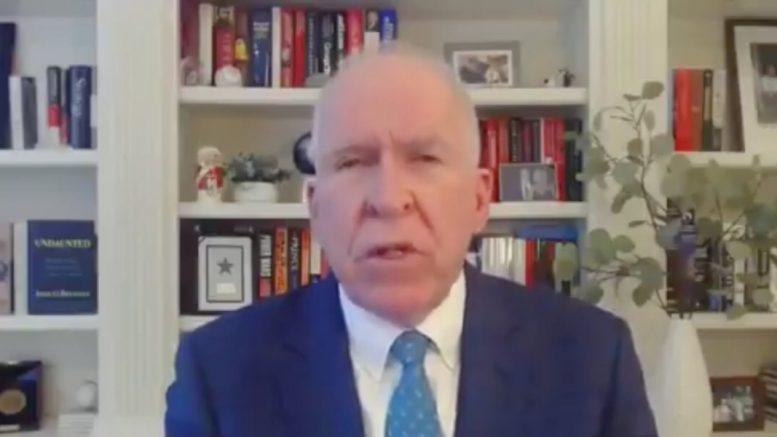 Former CIA director under the Obama administration and now a NBC News national security analyst, John Brennan, declared on MSNBC Monday, that he is “increasingly embarrassed to be a white male these days”

Brennan made the claim when reacting to discussion over the January 6th Capitol breach.

“I must say … I’m increasingly embarrassed to be a white male these days in light of what I see of my other white male[s] saying,” Brennan announced.

“It just shows with very few exceptions, like Mitt Romney, Liz Cheney, Adam Kinzinger, there are so few Republicans in Congress who value truth, honesty, and integrity,” the former CIA director alleged, referring to the Republicans who claimed that former President Donald Trump is responsible for the attack and voted to impeach him.

“And so they’ll continue to gaslight the country the way that Donald Trump did,” Brennan asserted.

“The fact that this has such security and safety implications for the American public and for the members of Congress … It is just a disgusting display of craven politics that really should have no place in the United States in 2021,” he added. Video Below