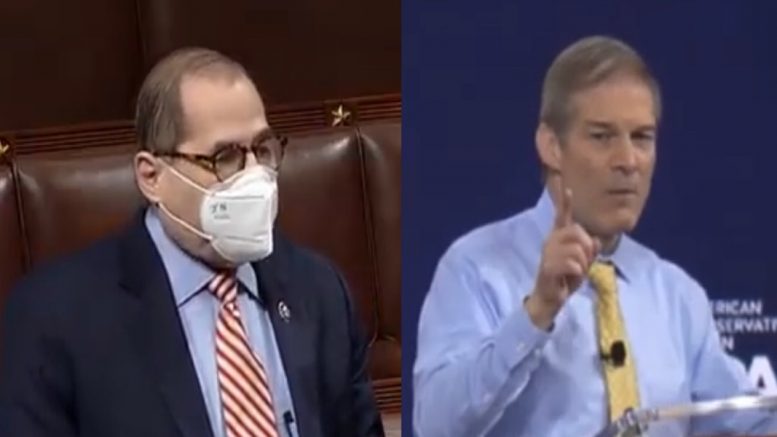 In a letter dated March 1, Jordan warned that “the wave of cancel culture spreading the nation is a serious threat to fundamental free speech rights in the United States”.

“As the committee entrusted with upholding the Constitution and our fundamental liberties, our first full committee hearing for the 117th Congress must examine this cancel culture sweeping America,” Rep. Jim Jordan wrote.

“The First Amendment to the Constitution guarantees to all Americans the right to speak freely. This guarantee of freedom of speech has allowed our country to develop and maintain a political discourse fueled by the free exchange of ideas,” he said. “This freedom has empowered risk-takers and innovators. It has shaped bold new ideas and has given us prosperous democracy. Quite simply, it has made the United States the envy of the world.”

“Cancel culture is a dangerous phenomenon whether you agree or disagree with the views being censored,” the ranking member wrote. “Our society must always promote the free exchange of ideas, not cancel the ideas with which we disagree. If cancel cultures continues unchallenged, it is not just the unpopular or controversial viewpoints that are at risk. Every viewpoint and every idea– whether widely accepted now or not– runs the risk of eventually falling into disfavor with the ever-changing standards of cancel culture.”

“Cancel culture’s long-term consequences to our democracy and our constitutional framework are serious and substantial. We must fight this trend before it’s too late. There is no better issue on which Republicans and Democrats can work together to address in our first full committee hearing to address the scourge of cancel culture in the United States,” Mr. Jordan added. Continued Below 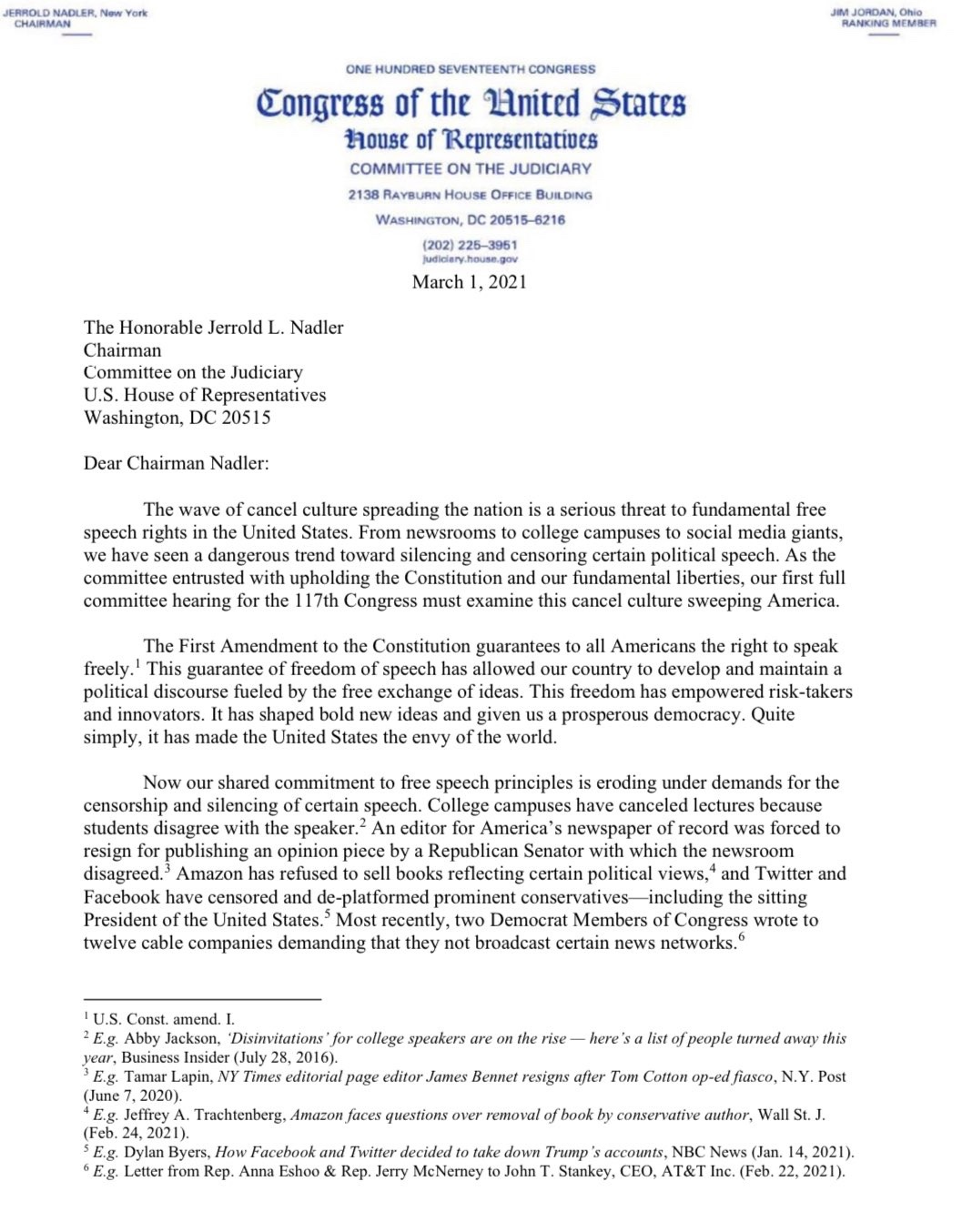 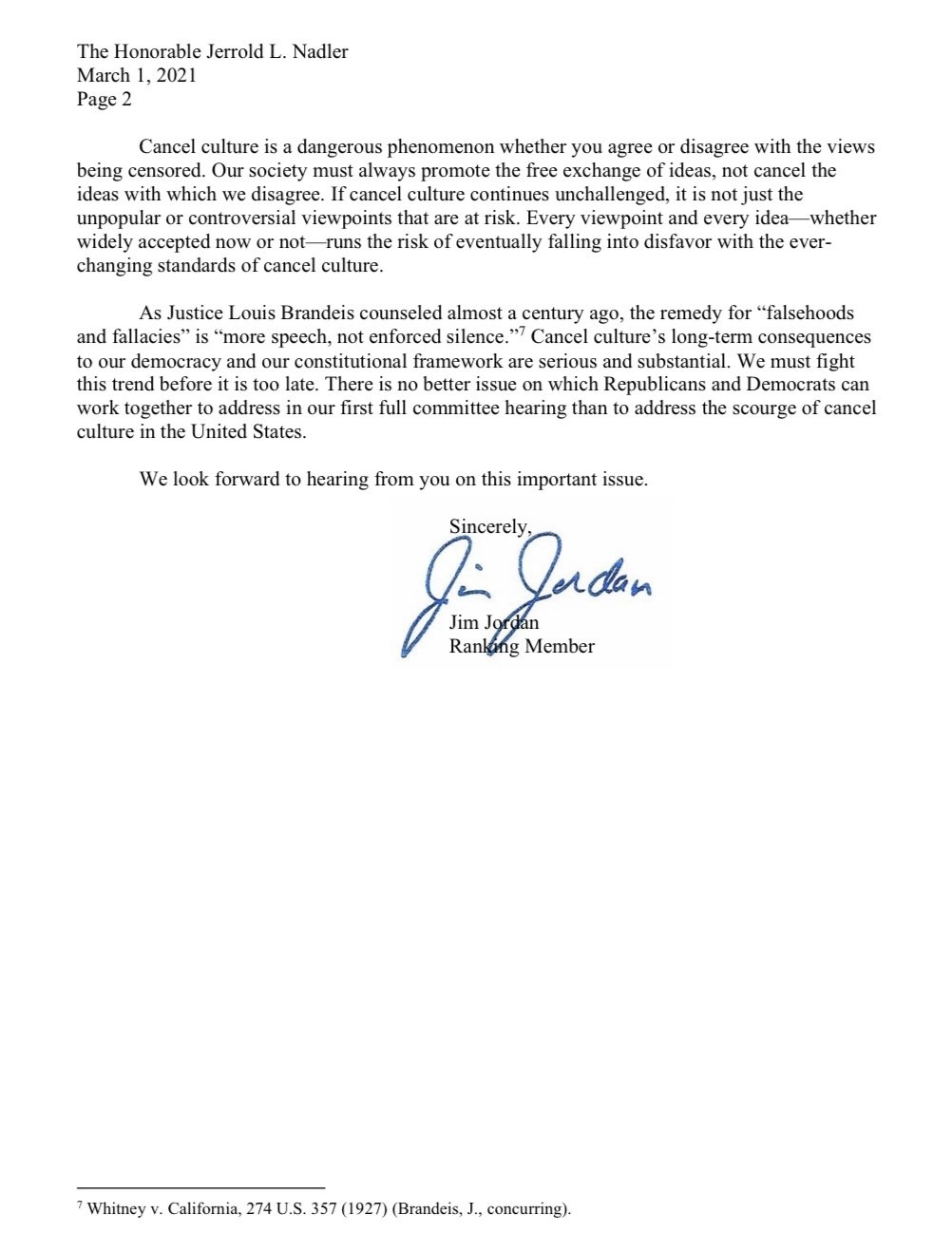 Sunday at CPAC, Rep. Jordan spoke out against “cancel culture”, wondering, “Who’s next? Who’s the cancel culture going to attack next?”

(Related: Jordan To Cohen: You Refuse To Condemn Mobs, But You Can Bring A Bucket Of Chicken To A Hearing?)