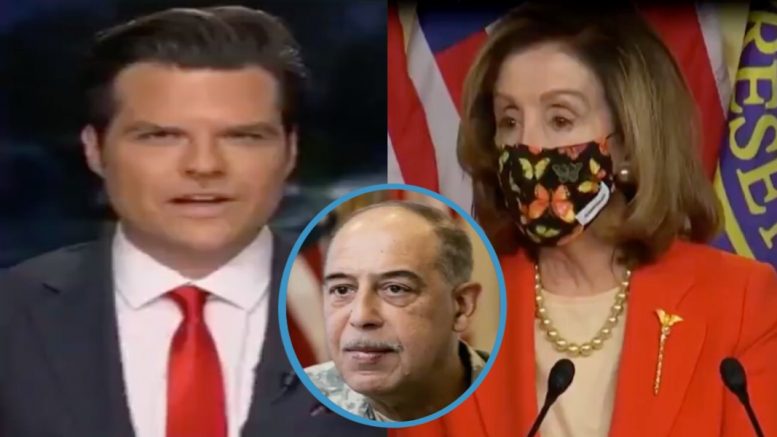 A group of House Republican lawmakers, led by Rep. Matt Gaetz (R-FL), sent a letter to House Speaker Nancy Pelosi (D-CA) on Tuesday for answers over the “appointment of LTG Russel Honoré to lead a review of the U.S. Capitol’s security infrastructure.”

The Judiciary Committee Republicans in their letter, point out that Honoré “has made many comments critical of U.S. Capitol Police (USCP) officers and certain Members of Congress–statements that call into question the supposed impartiality of his review”.

“Even more concerning, LTG Honoré appears to have prejudged the conduct of USCP officers on January 6,” they said.

“To call these remarks inflammatory is an understatement. These statements are deeply offensive and should be disqualifying for anyone to lead a serious and objective review of the Capitol’s security”, they expressed. Continued Below

The Judiciary Committee Republicans also requested that the Speaker to provide the following information:

“The American people and the Congress deserve full and unfettered answers about what happened on January 6 and in the days leading up to it. We have serious reservations that LTG Russel Honoré is the right person to provide those answers. We hope you will provide the requested information immediately,” they wrote. Continued Below

Russel Honoré's delusional left-wing rants would disqualify him from even a jury pool.

He should have no role in the Capitol's security review. https://t.co/5IKcJVJhym pic.twitter.com/yYi9XmgRby

Russel Honoré blocked me on Twitter for tweeting his own words at him. https://t.co/sMgY1h3FJT pic.twitter.com/XxNiNG7lUb 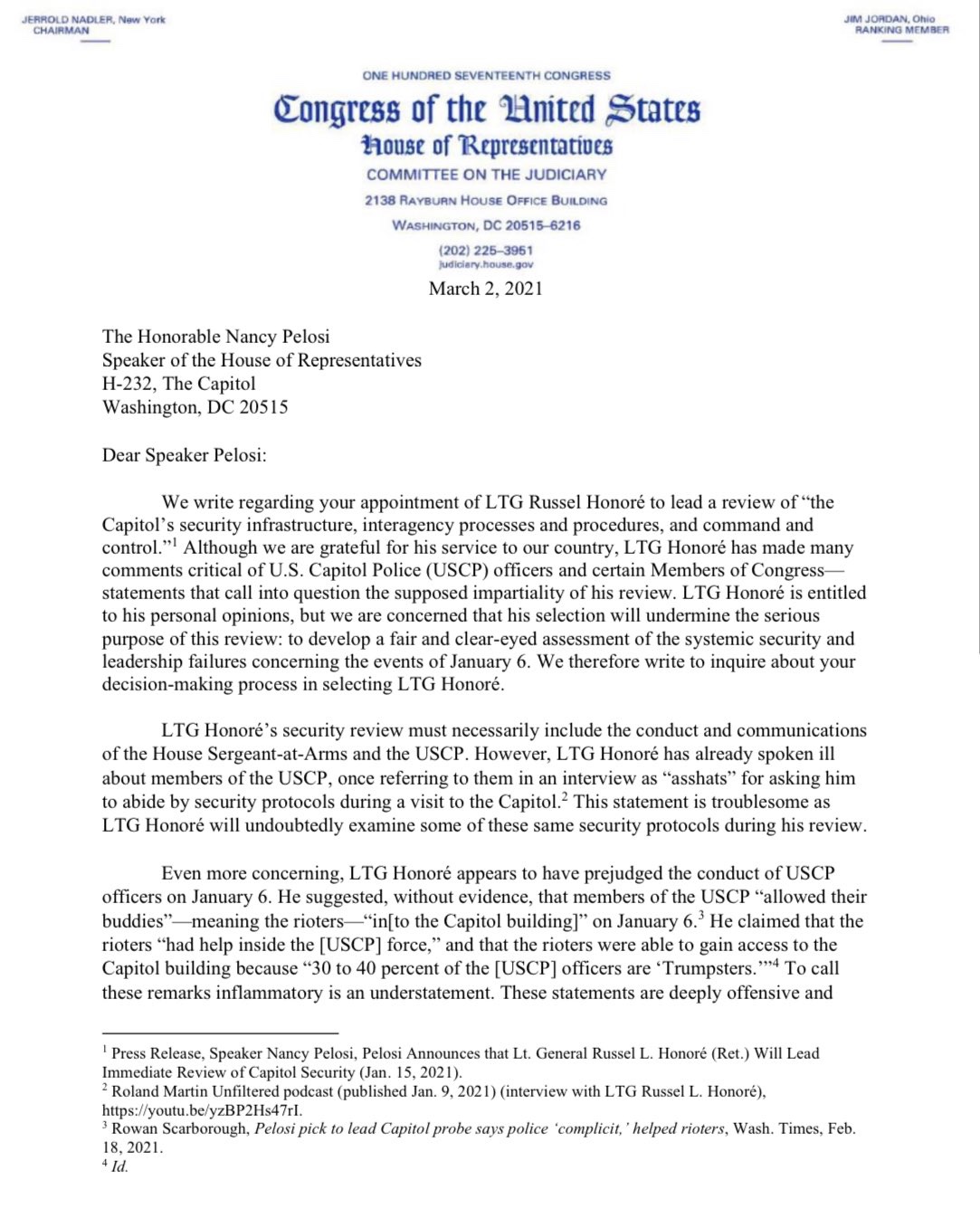 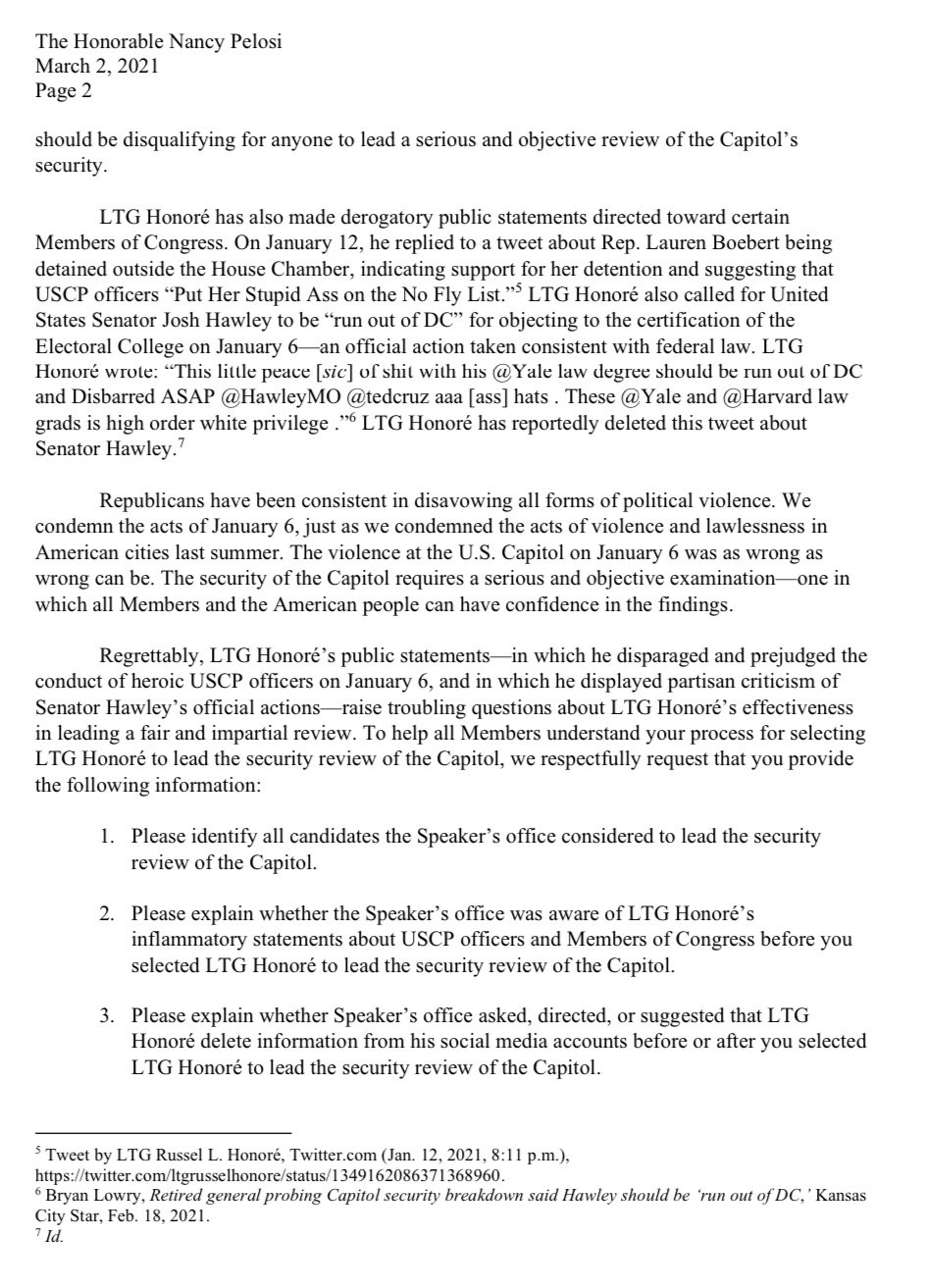 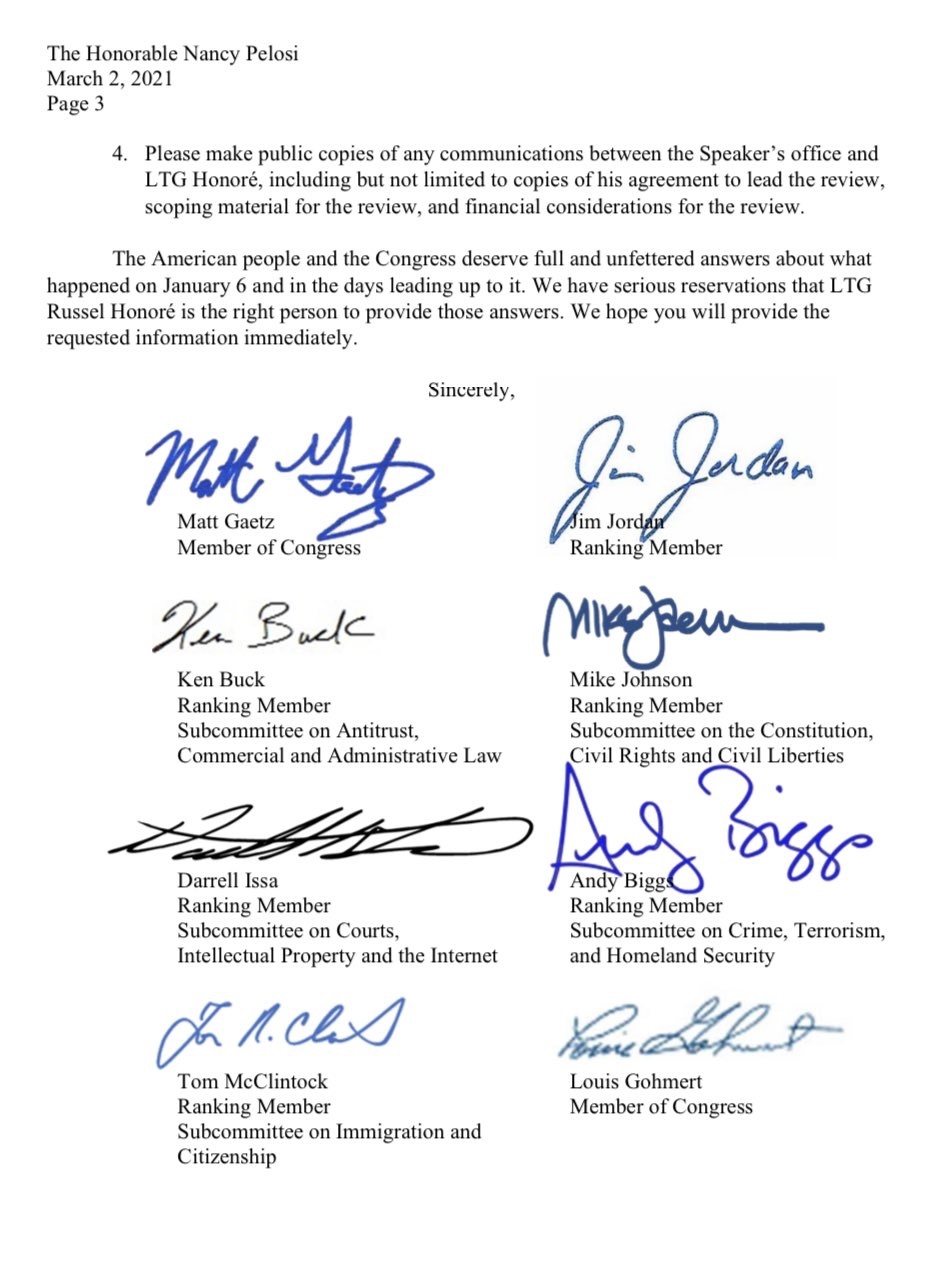 Any "commissions" or "reviews" Democrats launch regarding January 6th are only really going to be about two things:

Putting Russel Honoré in charge of the Capitol security review is like putting Governor Cuomo in charge of sexual harassment training.