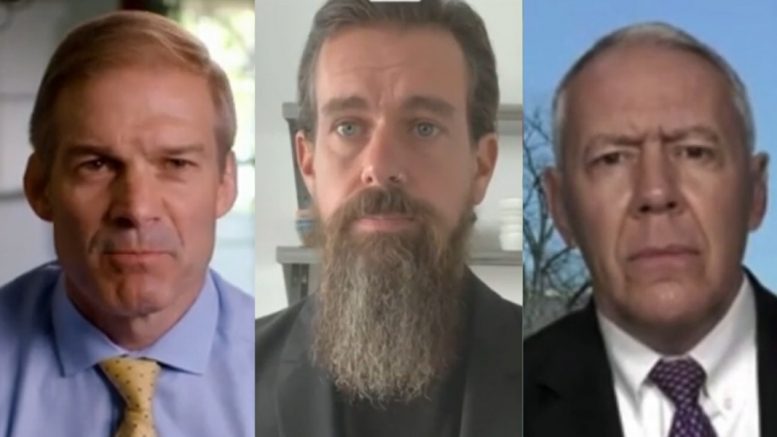 The Republican lawmakers sent Dorsey a letter, requesting that the social media platform turn over documents over their content moderation decisions and gave Twitter a two week deadline to respond.

“On July 8, 2020, Ranking Member Jordan and then-Ranking Member Sensenbrenner wrote to you requesting documents from Twitter as part of the Committee’s examination of the size, competitiveness, and role of social media companies,” they wrote, noting the previous request.

“Although Twitter’s lawyers offered a telephone briefing, Twitter ultimately failed to provide any requested documents to aid our efforts in overseeing the digital marketplace. Since then, Twitter’s conduct has only become more brazen,” the lawmakers stated. Continued Below

“Accordingly, we write to reiterate our request that Twitter provide the following documents and information”:

“We expect to receive the documents as soon as possible but no later than 5:00 p.m. on March 18, 2021,” Reps. Jordan and Buck concluded. Continued Below 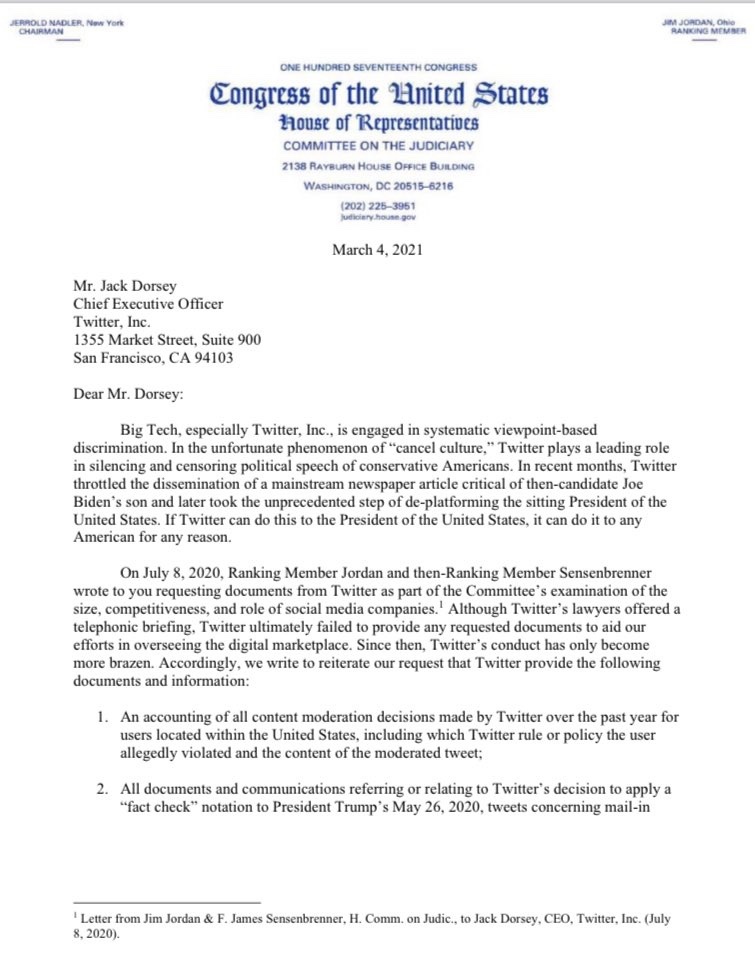