Texas Governor Greg Abbott issued a statement in response to reports that migrants Have been assimilated into the U.S. through Texas despite testing positive for COVID-19.

As reported by the New York Post, “More than 100 illegal immigrants who tested positive for the coronavirus — after their arrival in Texas ​​since late January — have been released by the Border Patrol into the Lone Star State ​and are free to travel to other parts of the US, according to reports.”

In response, Gov. Abbott issued the following statement via Twitter: 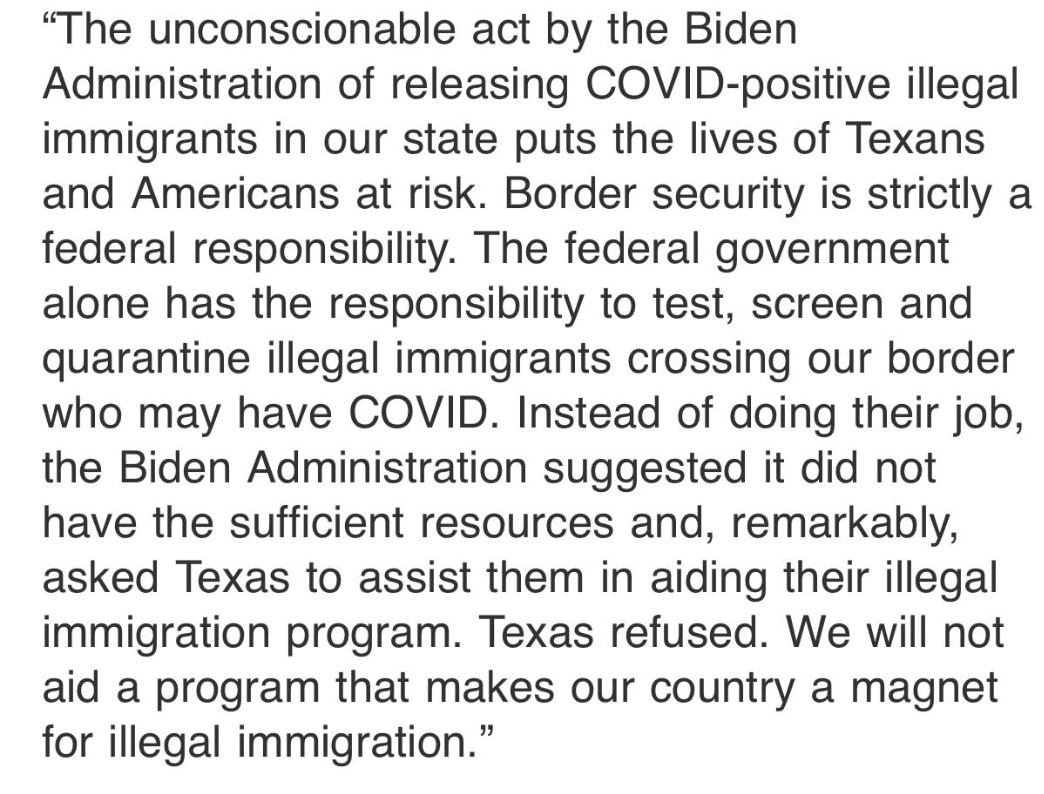 The Biden Administration’s softer approach to border security has been under fire by both sides of the aisle over the past week.

Democrat Congressman Vicente Gonzalez (D-TX) recently voiced concern over Joe Biden’s immigration policies after just over a month of being in office.

“The way we’re doing it right now is catastrophic and is a recipe for disaster in the middle of a pandemic,” Rep. Gonzalez told Politico.

In ending, here is an investigative story put together by local Texas news channel KPRC in regards to COVI9-19 positive migrants crossing the border and being released: