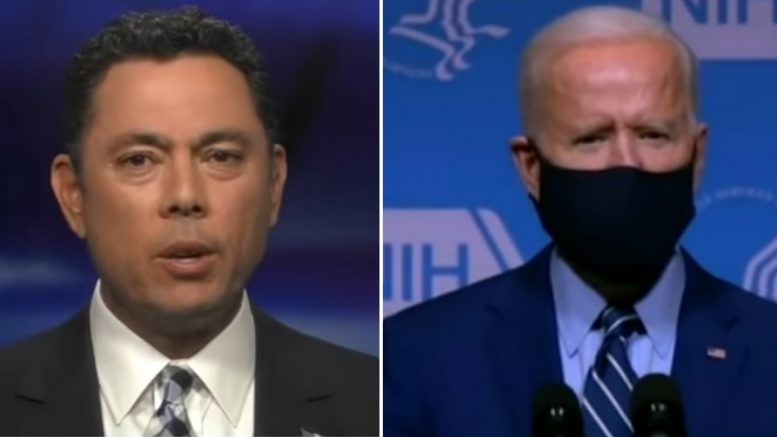 While appearing on Friday’s airing of Hannity, Jason Chaffetz warned “it should scare everyone” that we don’t know the identities of Joe Biden’s “puppeteers” who are running the show behind the scenes at the White House.

Chaffetz — a former U.S. Congressman from Utah — was weighing in on Biden’s lack of transparency and shortfall of public appearances since taking over as president over 40 days ago.

“They have been hiding Joe Biden for a long period of time. Joe Biden of old was notorious for talking on and on and on.

“When I was in Congress, I went to the White House and sat right next to him in a meeting, where he talked for an hour and a half straight, but I don’t think he can string, you know, twelve sentences together and have the energy to actually take questions and go to the next topic.

“And that should scare a lot of people because we don’t know who the puppeteers are. We know that Ron Klain is the chief of staff is exceptionally powerful, but so are behind the scenes people like Susan Rice and Brian Deese and some of these other people doing things with Kamala Harris that we never see or get exposed to. And I think the media needs to do its job and the Biden Administration needs to come clean on who’s really running that place.” Video Below

Related Article: McEnany On Why Biden Dodges Talking To The Media: “His Handlers Know That He Can’t Be Trusted With The Microphone”