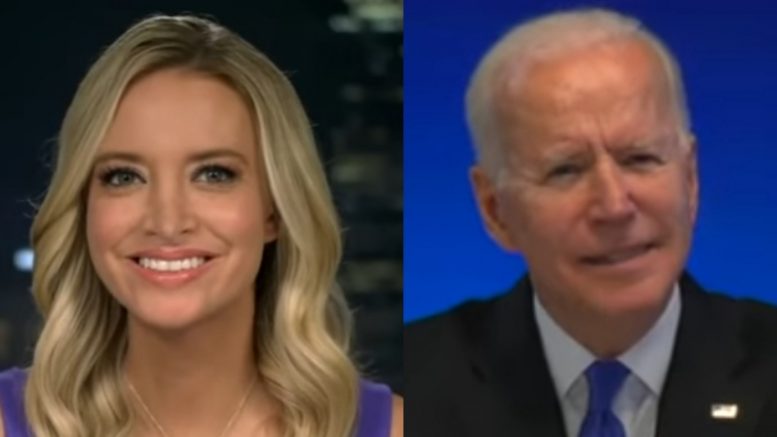 Former White House press secretary Kayleigh McEnany thinks that gaffe-prone Joe Biden dodges talking to the press because “his handlers know he can’t be trusted with the microphone.”

McEnany gave the assessment while joining Fox News host Lawrence Jones for an interview on Friday.

Related Article: WATCH: WH Feed Cuts Off As Biden Says ‘I’m Happy to Take Questions if That’s What I’m Supposed to Do’

“We saw a lot of the former President — you can pretty much ask him anything because he liked being out there talking with the people. Why don’t you see the same thing happening in this administration? Is it because the president is saying he doesn’t want to do it, or is it because his staff is shielding him from talking?” Lawrence Jones asked.

“It’s undoubtedly the second,” McEnany replied. “His handlers know that he can’t be trusted with the microphone. He can’t engage with the press. That’s why he has these short little gaggles.”

McEnany went on to say she is “very interested” to see Biden’s first presidential press conference that White House Press Secretary Jen Psaki announced would take place “before the end of the month.” Video Below