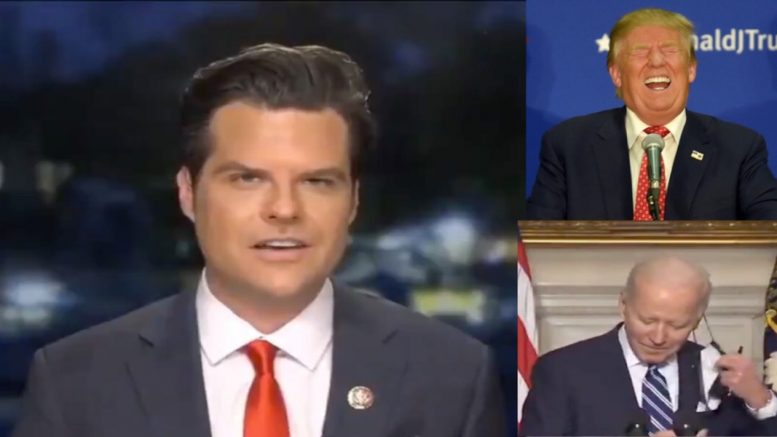 Congressman Matt Gaetz (R-FL) believes that President Donald Trump delivered a message which “had an invitation to everyone that was welcoming” amid Americans who are currently experiencing the dangers of cancel culture, growing social media censorship, and aspects of identity politics.

“Joe Biden ultimately knows that he is a man of a different generation. He has to be trained and well studied to be a woke-topian of the likes that are accepted by today’s Democratic Party,” Rep. Gatez suggested.

“It’s why you see a growing Twitter mob called the #KHive that seek to go out and force social justice against those that they think sufficiently accommodating every identity, every gender, and every way to divide Americans, rather than uniting us,” he told host Rob Schmitt of Newsmax.

The Florida congressman reminded Americans that the “magic of Donald Trump is that he had an invitation to everyone that was welcoming”.

“[He] put our country first, put our people first. That’s something we’ve got to remember as Republicans reconstitute for coming elections– that dividing the country and slicing and dicing different groups and having a specific message for left-handed eskimos is less of an effective political strategy, than one that invites all Americans to a unified banner,” he added.

President Trump had a message that invited all Americans: put our country first, put our people first. pic.twitter.com/D1ra8q3Gks