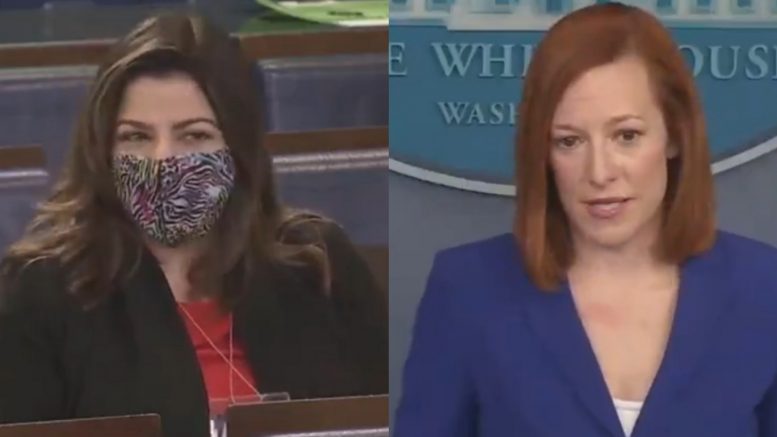 Press Secretary Jen Psaki was vague in her response when asked whether or not President Joe Biden will start appearing for “more extensive questioning” in front of the press “regularly.”

The question came from a reporter on Tuesday, after Psaki confirmed that Biden will appear for his first ever presidential press conference since taking office sometime before the end of the month.

Psaki attempted to downplay how long it has taken for the first “formal” press conference to be held by claiming that Biden has appeared for “40 Q&A’s” since becoming president nearly 50 days ago.

Related Article: Jesse Watters On Why Biden ‘Won’t Tell Us What’s Going On’: “They Either Won’t Let Him Or He Can’t Because He Doesn’t Even Know Himself”

“What does it mean going forward? Will we see more from President Biden?” the reporter began to ask.

“More Q&A’s in the last month? Or…” Psaki interrupted.

The reporter clarified: “Where he will be submitted to more extensive questions, follow-ups, the kind of things we are doing today. Will we see him regularly?”

“I don’t know that you’ll see him more than 40 times a month, but I’ll have to… I’m happy to ask him that question,” Psaki responded.