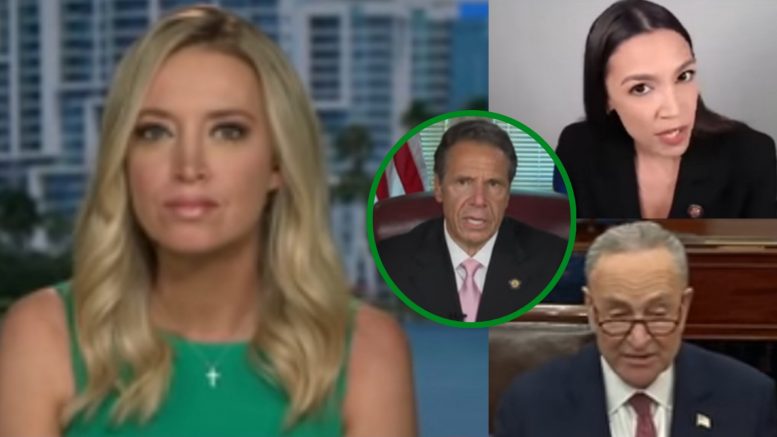 But what’s even more troubling for McEnany is the fact that Democrats who are now speaking out against Gov. Cuomo were nowhere to be found when reports of the state’s nursing home scandal broke — which involved nursing home deaths allegedly being under-reported to cover up Cuomo’s mishandling of the coronavirus pandemic. The nursing home scandal is just as, if not more damaging than the harassment scandal, according to McEnany.

Related Article: Jim Acosta Gets Confronted By Another Reporter At CPAC: “When Are You Guys Going To Start Covering Cuomo?”

“Where were the folks like AOC and Schumer and others — Kirsten Gillibrand — amid the nursing home scandal, which broke long before the sexual assault scandal?” McEnany questioned.

We know that 13,000 seniors died in New York. The fact that you have [Cuomo’s] own aide coming out and saying ‘We froze, which is why we didn’t turn over the true numbers’ — this is very damaging. Lives were at stake. Janice Dean, of course, losing her in-laws — a very personal loss for people in New York.

“There should have been calls for resignation long before just now,” McEnany concluded. Video Below