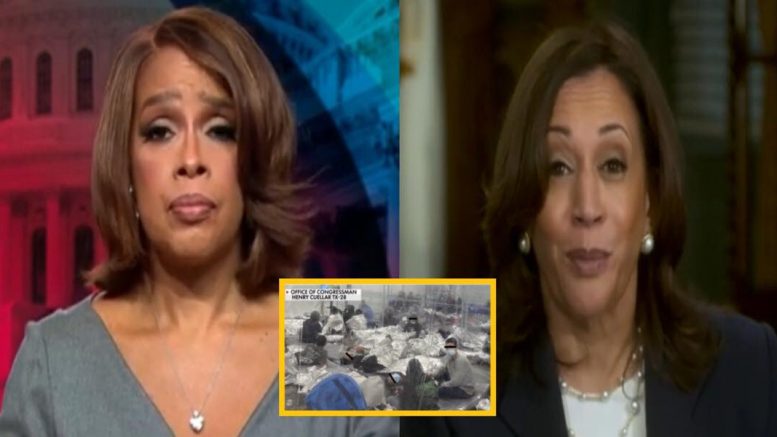 Joe Biden has reportedly tapped Kamala Harris to to lead the administration’s efforts to stem the flow of illegal immigrants seeking entry to the U.S. at the southern border and to form partnerships with Mexico and the Northern Triangle countries aimed at addressing the the surge in immigration.

Harris’s appointment comes as the Biden administration is struggling to handle a surge of unaccompanied migrant children and illegal aliens seeking entry to the U.S.

A White House official said Harris’s work will run along two tracks — first to address the swell of migrants at the southern border, and second to build long-term partnerships with the Central American countries the people are fleeing, The Hill reported.

“She’ll work first on the goal of stemming the flow of irregular migrants to the U.S. … but at the same time, the real goal is to establish a strategic partnership with these countries based on respect and shared values,” the official said.

The U.S. is in custody of at least 15,000 migrant children and the Biden administration is struggling to provide housing and care for all of them, per The Hill.

Thousands are being kept at Border Patrol cells meant for adults for days longer than is legally allowed. Photos of the facilities show packed cells of migrant children sleeping in crowded pods on hard floors underneath space blankets. Continued Below

“Are we looking at overcrowding at the border, particularly these kids? Yes. Should these kids be in the custody of HHS, the Health and Human Services, instead of the Border Patrol? Yes,” she said.

“Should we be processing these cases faster? Yes. This is, however, not going to be solved overnight,” she said, as the Biden administration did away with the Trump immigration policies without having a game plan. Video Below

Pres. Biden announces VP Harris will be tasked with overseeing efforts with Central American countries to stem the flow of migrants to the U.S. border:
pic.twitter.com/nQfW95kixW

Vice President Kamala Harris falsely claims she’s been down to the border.pic.twitter.com/NW7yhRZSsX

(Related: Sen. Graham Blasts The Biden Administration’s ‘Sh– Show’ At The Southern Border: “We’re Going To Shut The Senate Down”)