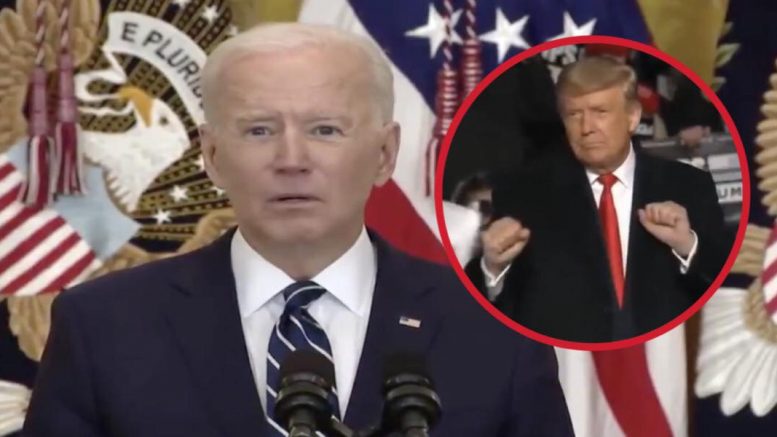 “Have you decided whether you are going to run for reelection in 2024? You haven’t set up a reelection campaign yet as your predecessor had by this time,” Nancy Cordes, CBS News chief White House correspondent wondered.

“My predecessor needed to. My predecessor, oh God, I miss him,” Joe Biden said. “No, my answer is yes. My plan is to run for reelection and that is my expectation.”

CNN’s Kaitlan Collins pressed the 78-year-old over whether he would in fact run for reelection, however, Biden shot back, “I said that is my expectation.”

Biden also said that he would “fully expect” Kamala Harris to be on his ticket, adding, “She’s doing a great job. She’s a great partner.” Video Below

When asked if he believes he’ll be running against former President Trump, Biden replied, “Oh, come on. I don’t even think about it. I have no idea. I have no idea whether there will even be a Republican Party, do you? … I mean, look. The way I view things, I become a great respecter of faith in my life.”

President Biden on 2024: "I have no idea whether there will even be a Republican Party, do you?" pic.twitter.com/nBVBcrIxvU

(Related: Biden Appears To Lose His Train Of Thought During His First Formal Press Conference)