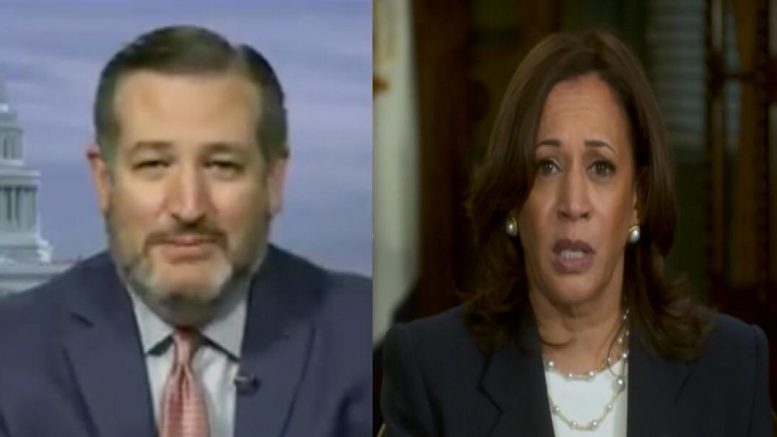 Senators Ted Cruz (R-TX) and John Cornyn (R-TX) are leading a group of Senators to the Rio Grande Valley on Friday to tour the conditions of the border facilities at the southern border amid the Biden administration’s border crisis.

Senator Cruz sent Joe Biden a letter earlier in the week ahead of the Senators’ trip, writing, “Despite your administration’s refusal to admit that this is a crisis, the American people are beginning to understand the gravity of the situation. As part of our oversight duties as Senators, I and 14 of my colleagues will travel to the border this week to talk to the brave men and women on the ground who are working every today to stop this crisis and secure our border.”

But it is not enough for members of the Senate to see what is happening-the American people must see. That is why I requested that members of the media be allowed to join us. But your administration clearly and emphatically refused to offer press access. This is outrageous and hypocritical.

Denying the press the ability to observe, film, and report on the conditions at the border is not openness or transparency-it is hiding the truth from the American people. The press and the American people deserve more than denials and excuses from a podium. They deserve to see and understand the crisis for themselves with the help of reporters who are free and independent from your administration.

It is unacceptable that press is not allowed to join our delegation so that they can inform the American people about what is happening at our southern border. I call on you to reverse this decision immediately and commit to allowing free and fair reporting on the crisis at the border. Continued Below

On Wednesday, Joe Biden tapped Kamala Harris to lead the administration’s efforts to stem the flow of illegal immigrants seeking entry to the U.S. at the southern border and to form partnerships with Mexico and the Northern Triangle countries aimed at addressing the the surge in immigration.

As Biden passed the torch to his vice president regarding the crisis at the southern border, Senator Ted Cruz took to Twitter to hold Kamala Harris to her campaign promise to “release children from cages”.

On July 5, 2019, Harris tweeted, “As president, I will immediately put in place a meaningful process to review asylum cases. I will release children from cages. I will get rid of the private detention centers. It’s time we had a president whose actions reflected the values of our country.” Continued Below

Senator Cruz retweeted Harris’ post, writing, “Kamala, tomorrow 17 senators are joining me at the TX border. The Biden admin is refusing to allow press to see the CBP facilities”.

“Since you’ve promised to ‘release children from cages,’ surely your admin will allow media to film the empty cages. If not, what are you hiding?” he asked.

Kamala, tomorrow 17 senators are joining me at the TX border. The Biden admin is refusing to allow press to see the CBP facilities.

Since you’ve promised to “release children from cages,” surely your admin will allow media to film the empty cages.

If not, what are you hiding? https://t.co/wXDP3QwUP0

“This border crisis is the biggest political mess Joe Biden has. It threatens to derail the entire administration. So what does he do? He looks to his vice president and says, ‘You take it. It’s your problem now’. And unfortunately, she’s not gonna be able to solve this crisis. Why? Because they’ve created this crisis,” he said.