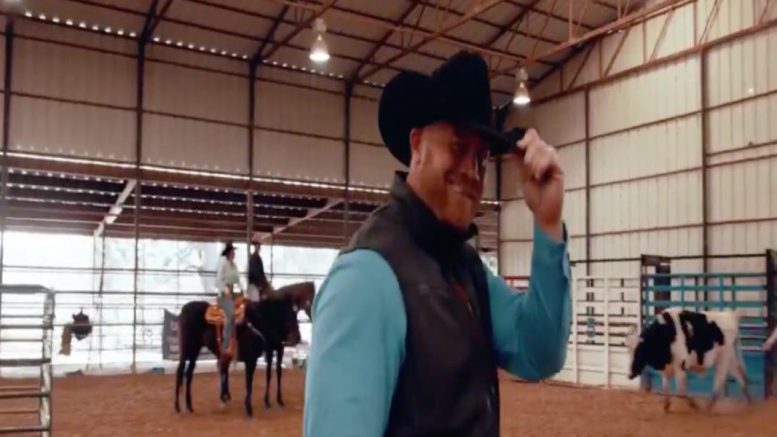 Former pro wrestler Dan Rodimer has officially thrown his hat in the ring for a special election to represent Texas’s sixth congressional district “to put an end to Nancy’s bull”.

Rodimer faces several politicians running in the May 1 special election, including the late Rep. Ron Wright’s (R-TX) Wright’s widow, Susan Wright, but he is determined to “Make America Texas Again”.

“Three of the dirties jobs in the world: professional wrestling, politician, and bull riding”, Dan Rodimer said in his campaign video.

“We call that bull Nancy Pelosi. She’s a beast,” an onlooker in the arena said while watching Rodimer being thrown off the bull.

“I’m Dan Rodimer. Texas has big problems. We need a big fighter to solve those problems,” he said in his video. “The commies in D.C. are ruining America. We have a big problem. Texas, send Big Dan to Congress. I know how to handle Nancy Pelosi and stop her bullsh*t. And I’ll put a boot right in her socialist platform.

Rodimer said that Democrats in Washington, D.C. want universal bathrooms, boys in girl’s sports, higher taxes, higher gas prices, unprotected borders while they build a wall in D.C., and to take away our guns. Continued Below

The former pro wrestler explained that he moved his family of 7 back to Texas “because I want to raise my kids in a constitutional-friendly state,” adding, “Here in Texas, we are free. We live free. We are a threat to those in power. They hate Texas. They hate our way of life.

He said that the “communists” in Washington, D.C. “want to shutdown our churches, close our businesses, indoctrinate our children, including pushing communism in our classrooms, make our daughters unsafe in sports and school, destroy America’s borders and destroy American history”.

“We must stop them. Hire me to represent you, and I’ll go to D.C. to kick some leftwing ass,” Rodimer declared. “… I’ll fight for you and the Texas way of life. Let’s make America Texas again”. Video Below

With your help, we’ll be able to fire Nancy Pelosi. Make sure to chip in here: https://t.co/YUanbzA50A

Rodimer also discussed his campaign video with host Rob Schmitt during an interview Friday on Newsmax:

Nancy Pelosi will not come down to our border. Do you think she is too afraid to face this crisis first hand?

She would hate it if my interview on @newsmax went viral. Thanks @schmittnyc for having me on! pic.twitter.com/mAdyK5nTW2