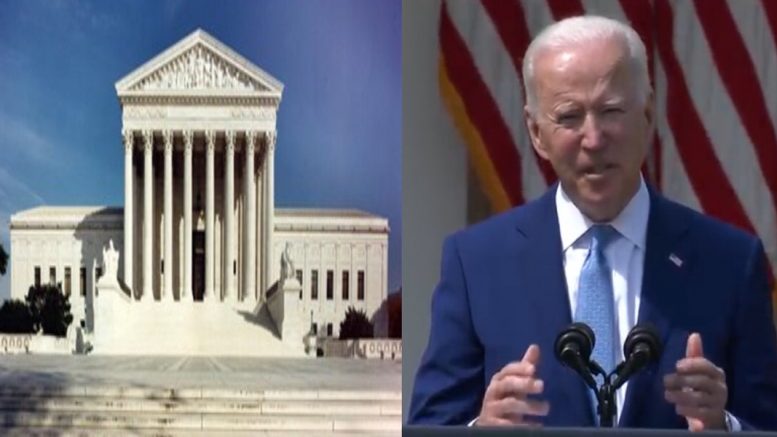 Joe Biden issued an executive order Friday to form a commission to study reforms to the Supreme Court of the United States.

According to the White House, the commission will look into “the length of service and turnover of justices on the Court; the membership and size of the Court; and the Court’s case selection, rules, and practices.”

“The Commission’s purpose is to provide an analysis of the principal arguments in the contemporary public debate for and against Supreme Court reform, including an appraisal of the merits and legality of particular reform proposals,” the White House said in a press release.

“The topics it will examine include the genesis of the reform debate; the Court’s role in the Constitutional system; the length of service and turnover of justices on the Court; the membership and size of the Court; and the Court’s case selection, rules, and practices,” per the release.

Biden in October had said that he was “not a fan” of the so-called court-packing option, a proposal to expand the number of seats on the court as a way to dilute the influence of conservative majority. Six of the nine justices on the court are now conservative jurists, The Hill reported.

Thought he was “not a fan" of court-packing? pic.twitter.com/MElcWZoaIX

Biden, however, was firmly opposed to packing the court in his earlier days of public service, where he condemned the idea in 1983 and in 2005, but that stance appears to have now taken a sudden shift.

During the 2020 campaign, Biden said he won’t give his opinion on court packing until after the election.