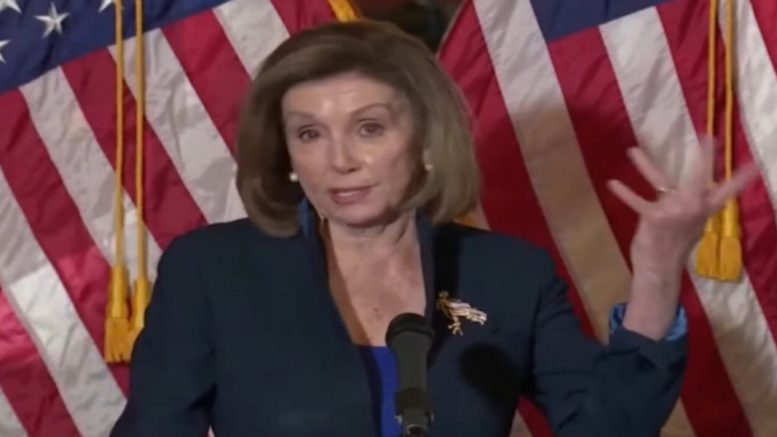 House Speaker Nancy Pelosi (D-CA) claimed in an interview that she would have put up a fight had she encountered rioters at the Capitol on January 6th.

“Well, I’m pretty tough. I’m a street fighter,” Pelosi told USA Today while acknowledging that some rioters intended to harm her. “They would have had a battle on their hands,” The Hill reported.

Pelosi quipped that she had a weapon on her in the form of her stilettos. “I would have had these,” she said while lifting up her foot, according to USA Today.

“I was never personally afraid because I had so much security for myself,” said the California Democrat. “I was afraid for everybody else, and I’ll never forgive them for the trauma that they caused to the staff and the members.”

During the incident, rioters broke into the Speaker’s office, destroying and stealing various items in the process.

Pelosi also told USA Today that rioters were “setting out” to hurt her if security had not quickly evacuated her from the House chamber. Continued Below

Some users on Twitter responded to Pelosi’s remarks, appearing to mock the 81-year-old Democrat.

Lmao. Politicians will say anything.

The only thing she fights is arthritis and keeping her dentures in.

AOC said she was afraid she might get murdered during the Capitol riot, but the 80-something year-old woman somehow thinks she would have fought against those maniacs? Lmao the only thing this lady knows about being on the street is when she’s waiting to get into her limousine.😂

Is this The Onion headline?

These lawmakers are cringe

Oh good, I was getting worried about Nancy, we hadn’t heard anything stupid from her in a while.

Nancy won’t even fight for her constituents.

She would break her hip just looking at them.