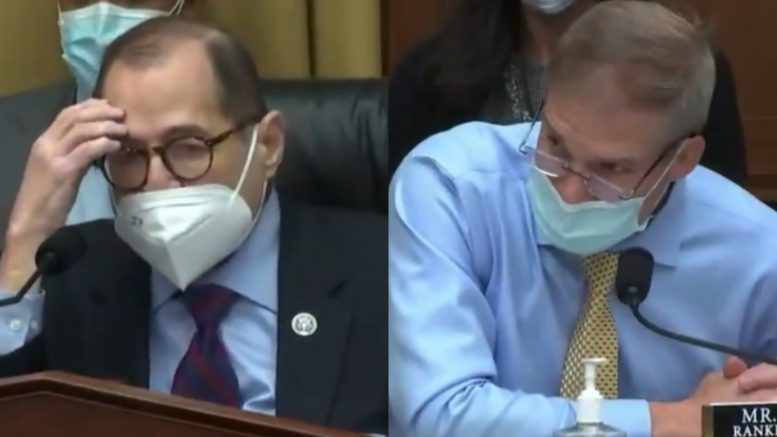 House Judiciary Chairman Jerry Nadler slammed the gavel on Wednesday after Rep. Jim Jordan questioned whether or not Nadler is involved in legislation that reportedly is being planned to expand the Supreme Court.

The Intercept reported that a team of congressional Democrats, consisting of Chairman Nadler, Subcommittee chair Hank Johnson,  and freshman Rep. Mondaire Jones, are set to “unveil legislation expanding the size of the Supreme Court on Thursday, according to three congressional sources familiar with the closely held measure.”

The bill is being championed in the Senate by Ed Markey of Massachusetts, according to the report.

Nadler grew irate after Rep. Jordan grilled him over The Intercept’s article at the end of a hearing on Wednesday.