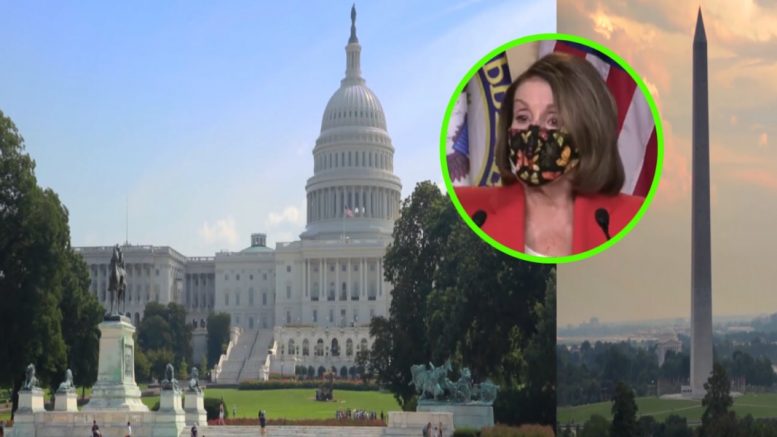 The House of Representatives will vote Tuesday on whether to make Washington, D.C., a State.

The House Oversight Committee, chaired by Rep. Carolyn Maloney (D-NY), voted the bill, H.R. 51, out of committee by a vote of 25-19 to create D.C. statehood Wednesday, Breitbart reported.

House moving to put D.C. statehood bill on the floor NEXT WEEK pic.twitter.com/F8rhGuaeeW

Residents of DC pay taxes, serve in uniform and contribute to the economic power of our nation while being deprived of full enfranchisement. The sacred right to vote & have a voice in our government is a core pillar of our freedom. It’s time to finally grant #DCStatehood.

I expect to bring #HR51 to the House Floor for a vote on Thursday, April 22 to grant #DCStatehood to the more than 700,000 residents of the District of Columbia. The voice of every American citizen deserves to be heard – it’s past time that we make statehood a reality for DC.

As reported by Breitbart:

The ultimate argument seems to be whether the 23rd Amendment guarantees the federal Capitol at least three electors in presidential elections, Rep. Any Biggs (R-AZ) suggested Wednesday.

The legislation is among those radical proposals the Democrats introduced in Biden’s first 100 days include: packing the courts, amnesty, reparations, federalized elections, D.C. statehood, and banning the Electoral College. Continued Below

Making D.C. a state to add two more Democratic senators is the congressional equivalent of packing the Court.

The attorneys general noted this bill is “unconstitutional, represents unsound policy, and . . . would create a super-state with unrivaled power.”

No wonder Democrats are pushing for #DCStatehood. It's a Pelosi power grab. https://t.co/5rT5AGgtSQ