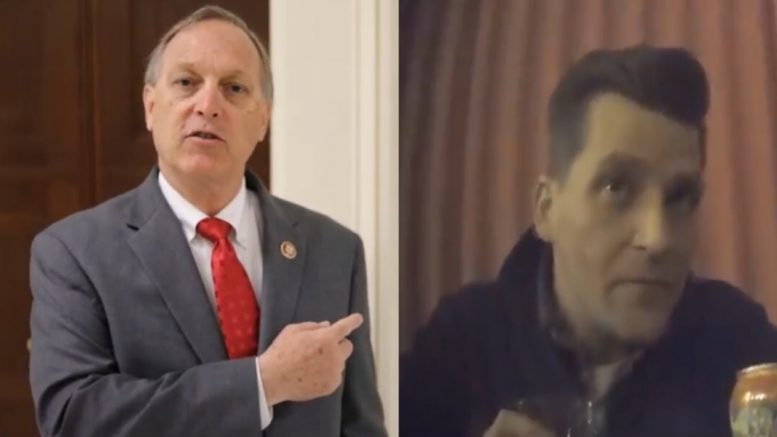 Following the latest videos released by Project Veritas, Twitter suspended the organization from their platform along with Project Veritas’ founder James O’Keefe.

In his letter to Chairwoman Carolyn Maloney, Rep. Andy Biggs wrote, “I am greatly disturbed by the recent undercover video clips released by the organization Project Veritas appearing to show a CNN Technical Director named Charlie Chester boasting that his employer worked to advance favorable coverage of then-candidate Joseph Biden at the expense of President Trump in the lead-up to the 2020 presidential campaign.”

The Arizona congressman highlighted several statements made in the video clips by Charlie Chester, who was filmed during by Project Veritas during a series of fake Tinder dates. A source close to CNN said Project Veritas targeted Chester through the dating app Tinder because his profile mentioned he worked at CNN, according to Mediaite.

“These statements are appalling. Although sadly unsurprising, it is nevertheless shocking to witness a CNN employee suggest his employer’s aim was to help President Biden win the 2020 election. It is also heartbreaking to see anyone make light of a tragedy that taken hundreds of thousands of American lives,” Rep. Biggs wrote, referring to statements made by Mr. Chester.

“Millions of Americans receive their news from CNN every day. If CNN is manipulating its viewers, that behavior is at very least unethical; if the network actually colluded with Biden campaign officials– a possibility hinted at in the Project Veritas videos– it may also have violated federal campaign law. Either way, as a member of the Committee on Oversight and Reform, I urge you to open an investigation into this matter as soon as possible,” Mr. Biggs persisted. Continued Below 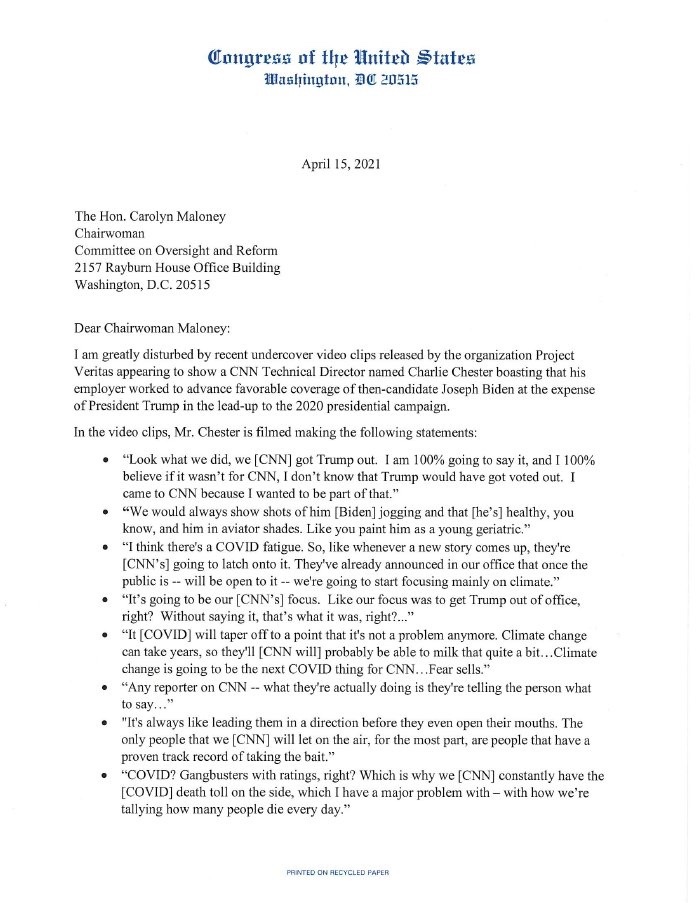 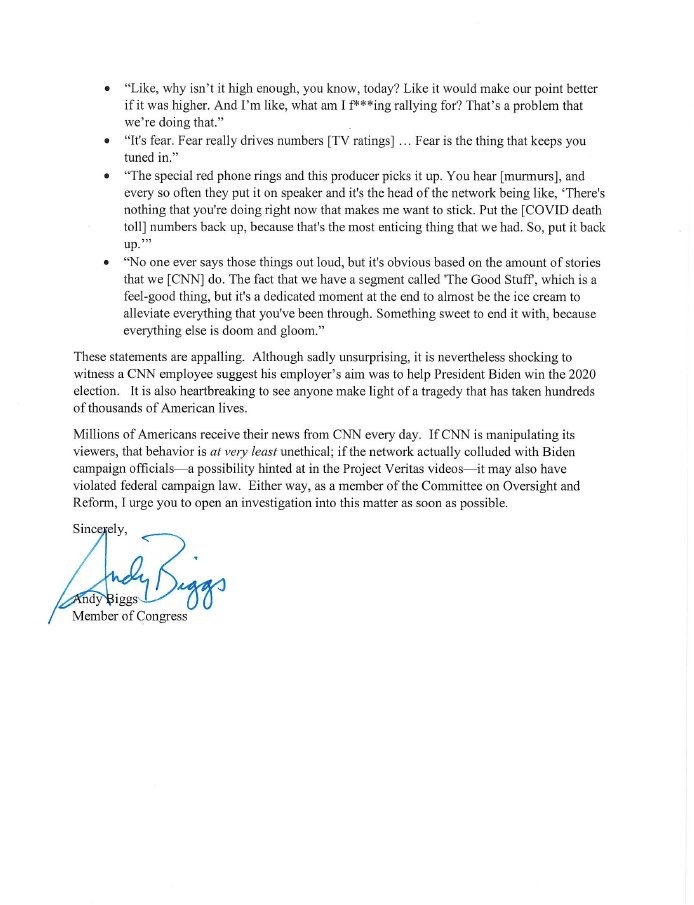 The following videos below were released by Project Veritas this week, exposing statements made by CNN technical director Charlie Chester: