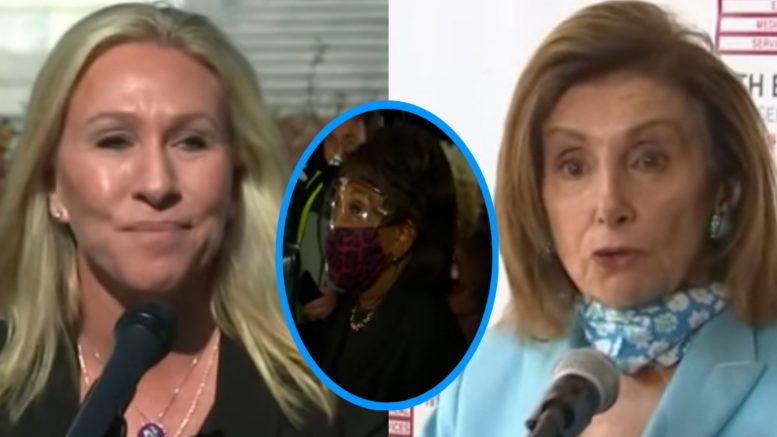 On Sunday, Rep. Greene came down hard on Rep. Waters for urging protesters in Minnesota “to stay on the street,” “fight for justice” and “get more confrontational” if former police officer Derek Chauvin is acquitted in his trial.

Just hours after Rep. Waters made the suggestions to protesters, the Minnesota National Guard and Minneapolis Police Department neighborhood security team was fired upon early Sunday morning in a drive-by shooting. Luckily, there were no fatalies and only minor injuries were reported.

In response, Rep. Greene on Sunday announced that she will be “introducing a resolution to expel Rep. Maxine Waters from Congress for her continual incitement of violence on innocent American people.”

“After traveling across state lines to incite riots, her orders recorded on video last night at the Brooklyn Center, directly led to more violence and a drive by shooting on National Guardsmen in Minnesota early this morning,” she wrote.

“As a sitting United States Congresswoman [Maxine Waters] threatened a jury demanding a guilty verdict and threatened violence if Chauvin is found not guilty. This is also an abuse of power. #ExpelMaxineWaters”, the Georgia congresswoman expressed.

Later on Sunday, Rep. Greene took aim at Nancy Pelosi and publicly asked the House Speaker if she could count on her for a yes vote, especially after blaming President Trump for the January 6th riot at the Capitol Building and voting to impeach him over it.

“Speaker Pelosi you impeached President Trump after you said he incited violence by saying ‘march peacefully’ to the Capitol.”

“So I can expect a yes vote from you on my resolution to expel [Rep. Maxine Waters] for inciting violence, riots, and abusing power threatening a jury, right?” See Below