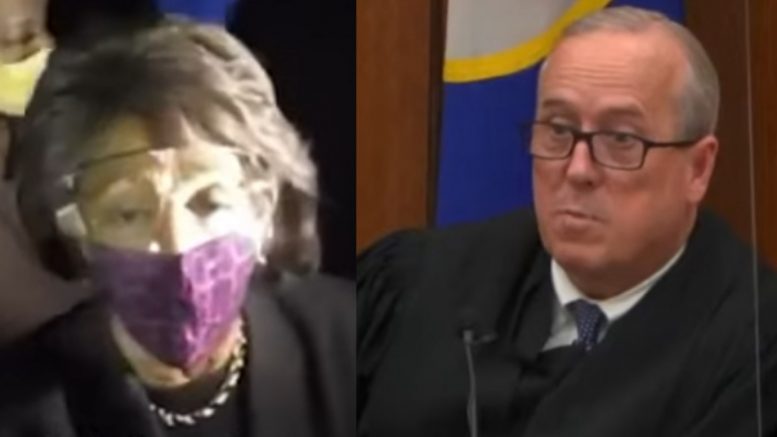 During deliberations on Monday, the judge overseeing the trial for former police officer Derek Chauvin expressed concerns in regards to remarks made by Rep. Maxine Waters at an anti-police march over the weekend.

Rep. Waters was caught on camera urging protesters to “to stay on the street,” “fight for justice” and “get more confrontational” if Chauvin is acquitted of charges related to George Floyd’s death.

Chauvin’s defense attorney complained to Judge Peter Cahill that the jury has not been sequestered, and he cited Rep. Waters’ remarks along with all of the media attention that’s been given to the case.

In response, the Judge Cahill said, “I’ll give you that Congresswoman Waters may have given you something on appeal that may result in this whole trial being overturned…”