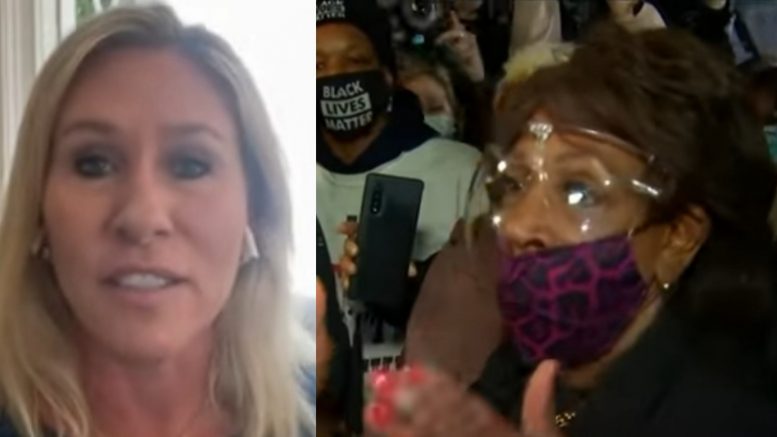 On Sunday evening, Rep. Marjorie Taylor Greene (R-GA) accused Democrat Rep. Maxine Waters (D-CA) of breaking the law when she traveled to Minnesota and urged protesters to “to stay on the street,” “fight for justice” and “get more confrontational” if former police officer Derek Chauvin is acquitted in his trial.

Just hours after Rep. Waters was caught on camera making the suggestions to protesters, the Minnesota National Guard and Minneapolis Police Department neighborhood security team was fired upon early Sunday morning in a drive-by shooting. Luckily, there were no fatalies and only minor injuries were reported.

Rep. Greene — who is planning on introducing a resolution to expel Rep. Waters from Congress — cited 18 U.S. Code 2101, which specifically addresses criminal activity pertaining to riots.

“@RepMaxineWaters you don’t live in Minnesota,” Rep. Greene tweeted. “You crossed state lines and incited riots, violence against police, shootings at the MN NG, and threatened a jury as a sitting US Congresswoman.”

“@SpeakerPelosi surely you will expel this criminal from Congress and uphold the law!” she declared in the tweet,  and provided a detailed description of the law that she alleges Rep. Waters broke. See Below 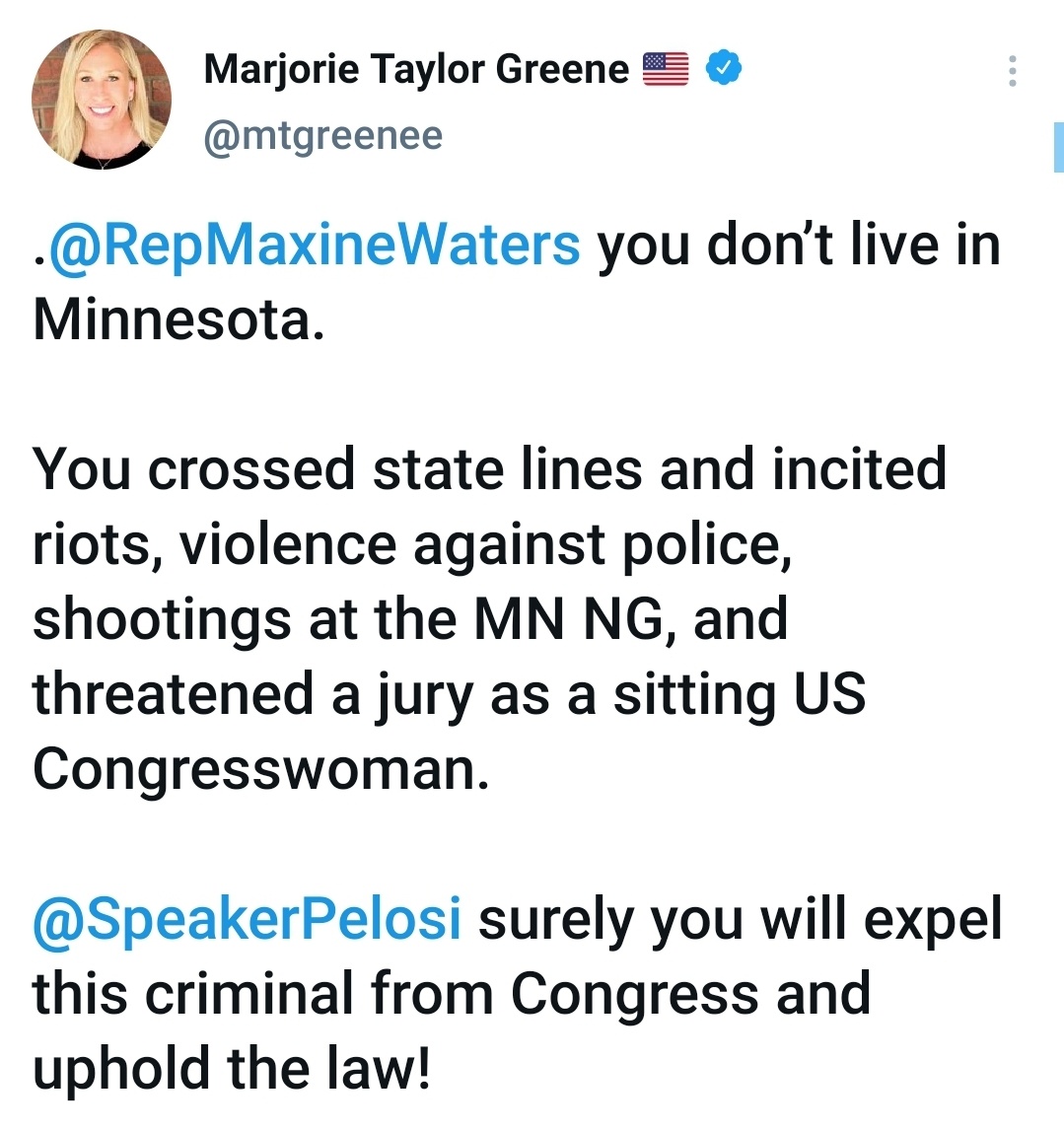 Related Article: Rep. MTG To Pelosi: I Can Expect A Yes Vote From You On My Resolution To Expel Rep. Waters, Right?