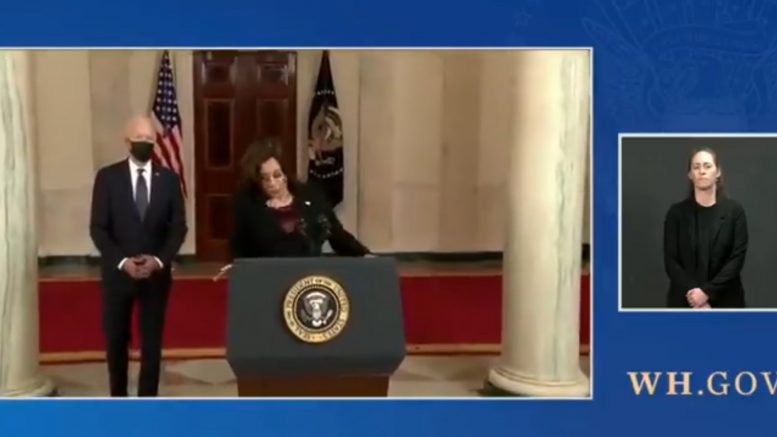 Kamala Harris stumbled while walking up to the podium on Tuesday before delivering remarks regarding former police officer Derek Chauvin’s guilty verdict in the George Floyd trial.

“How’s that for an entrance?” Kamala said immediately after tripping.

Vice President Kamala Harris stumbles up the podium before giving her remarks on the Chauvin verdict. pic.twitter.com/gIt7bHCHXe

The stumble by Harris was edited out of the video posted to the White House’s YouTube account, and comes just weeks after Joe Biden suffered multiple falls while boarding Air Force One.

We leave you with that video footage: