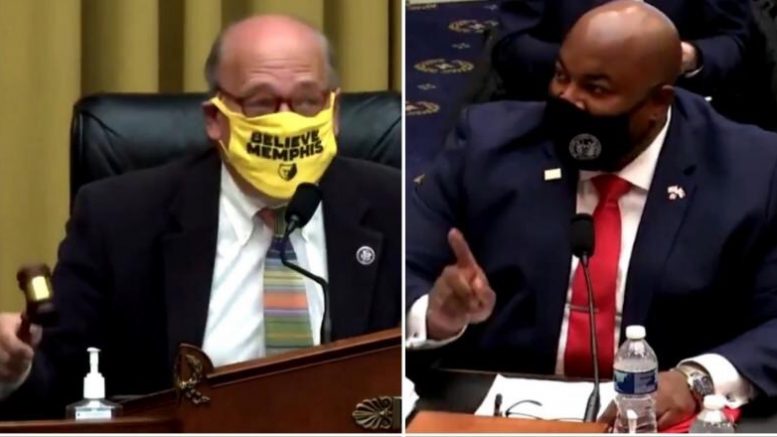 The House Committee on the Judiciary; subcommittee on the Constitution, Civil Rights, and Civil Liberties Oversight held a hearing Thursday over “Oversight of the Voting Rights Act: The Evolving Landscape of Voting Discrimination“.

Rep. Steve Cohen (D-TN), who chaired the committee, slammed down his gavel at one point during the hearing, after Lieutenant Governor of North Carolina Mark Robinson (R) taught a lesson on election integrity upon answering questions from Rep. Chip Roy (R-TX).

“When you talk about that history, that history is clear, who stood on which side at every turn at history,” Lieutenant Governor of North Carolina Mark Robinson said of Amendments and laws passed by Republicans. “It is clear. It is not even a dispute, and it is not in dispute now”.

“And please, stop using me as a Black man as your pawn. And yes, I said it– to push your agenda. I’m sick of it. It happened a long time ago in this country and tired of it,” Lieutenant Governor Mark Robinson expressed.

As the time expired, Rep. Chip Roy asked Chairman Steve Cohen if he could enter an unanimous consent request into the record, but Cohen slammed down his gavel, appearing to ignore Roy’s request. Continued Below

“You’ve already said that we could enter that into the record. You said it in your opening,” Rep. Roy told Chairman Cohen. “Mr. Chairman, what changed?”

Cohen slammed down his gavel once again and yelled for the next congress person to begin their questioning.

Rep. Roy wondered, “So we’re not going to insert this into the record? Republicans can’t enter anything in the record?”, which prompted Cohen to wave his hand in dismissal, saying, “Maybe in a few minutes, not right now”. Video Below

Rep. Roy argued, “So when I had my time closing– I didn’t want to insert it at the time when I spoke.”

Cohen again slammed down his gavel and yelled, “Mr. Johnson!”, who apparently was up next to ask questions of the witness. “We’re gonna go in proper order. You’re recognized for five minutes!”

After Cohen dismissed Roy’s unanimous consent request and yelled at his colleagues, the Texas congressman sarcastically said aloud “Wow. This is a great way to run a hearing. Impressive.”

We leave you with more remarks from Lieutenant Governor of North Carolina Mark Robinson during the hearing:

“Requiring an ID to vote is just simple American responsibility.”

(Related: Jordan To Cohen: You Refuse To Condemn Mobs, But You Can Bring A Bucket Of Chicken To A Hearing?)