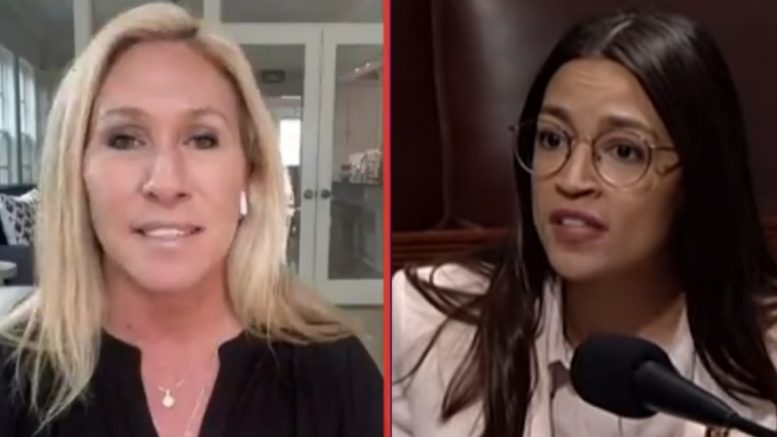 In mid April, Rep. Greene (R-GA) challenged Rep. Ocasio-Cortez (D-NY) to debate her publicly on the economic impact of the Green New Deal. Ocasio-Cortez agreed to debate in the House chamber with the condition that Rep. Greene first reads all 14-pages of the proposed legislation. Greene fulfilled AOC’s demand soon thereafter.

Related Article: Rep. MTG Says AOC Is ‘A Scared Little Girl That Is Pretty Stupid’ If She ‘Chickens Out’ On Debating Her

Asked by Newsmax host Chris Salcedo if AOC is backing out of the debate, Rep. Greene said, “No, not at all. We just got to set up the date.”

She continued: “She wants it in the chamber. That was what she said — that the chamber in the House is where it’s public debate in her mind. And she said it has to be on C-SPAN.”

“So, we haven’t set a date in the House chamber yet. That’ll be coming up soon, and so we’ll be releasing that, and so she should show up,” Greene said. “She didn’t tell me no, and I’m very excited to debate her on the Green New Deal.” Video Below

.@mtgreenee discusses a pro-police rally that was postponed due to BLM and Antifa that "are only there to cause violence.” https://t.co/VlT7z8drtO pic.twitter.com/nO3xGl58wz