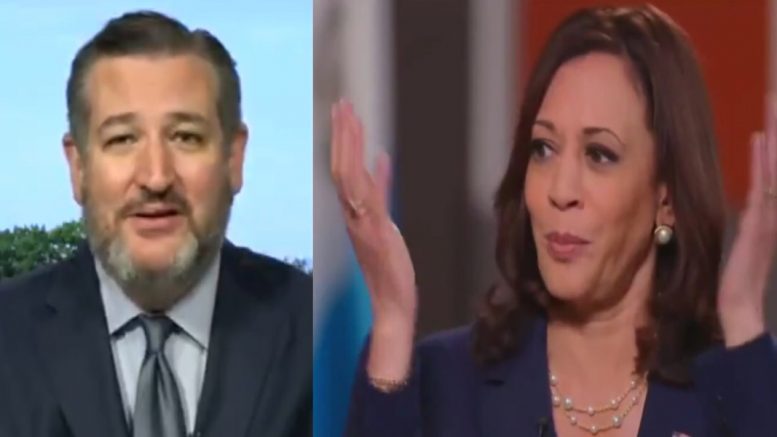 During an interview on NBC News’ “Today” show, anchor Lester Holt grilled Kamala Harris over whether she has “any plans to visit the border”. Harris, however, laughed, appearing to shrug off the border crisis, as previously reported by Swamp Drain.

Senator Ted Cruz (R-TX) reacted to Harris’ remarks, urging Harris to visit the border to “see the cages that the Biden/ Harris administration has built”, and to “stand up and be willing to enforce our laws”.

Holt quickly corrected Harris, telling her directly, “You haven’t been to the border.”

Senator Cruz responded on Fox News Tuesday, saying, “For 4 years, the media went on and on and on about ‘kids in cages, kids in cages’. What they never told you is Barack Obama built the cages, and now, Joe Biden and Kamala Harris have built more cages. They’re bigger and more full.”

“And then even more importantly, stand up and be willing to enforce our laws to fix it, because that’s not what they’re doing right now,” Senator Cruz insisted.

Joe Biden and Kamala Harris could fix the border crisis tomorrow by ending "catch and release" and by reinstating the Remain in Mexico policy.

But neither Kamala or Joe are willing to do that. pic.twitter.com/eYIyL1HQxF

(Related: Kamala Harris Admits There’s A ‘Huge Problem’ At The Border As Biden Taps Her To Oversee The Immigration Crisis)