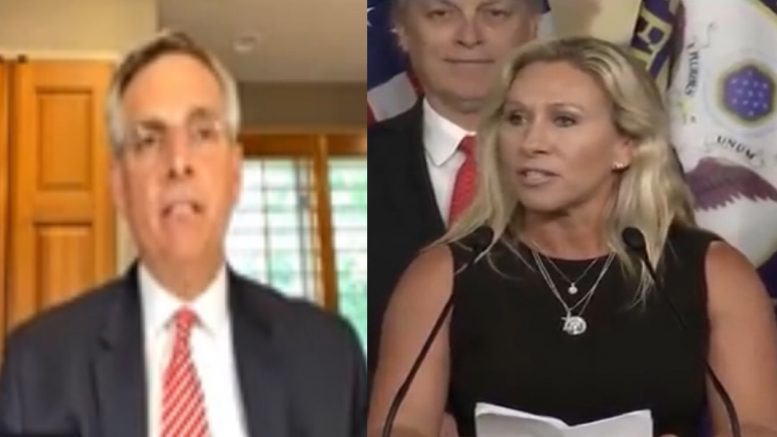 There are more than 100,000 Georgians set to be removed from the state’s voter registration rolls unless they act in a timely manner. State officials told WSBTV channel 2 News that the removals are required by law, and the maintenance of the voter rolls must occur every two years, Just the News reported.

According to Channel 2 in Atlanta, most of the more than 100,000 poised to being removed from the list have submitted change of address forms to the post office or mail sent to their listed residences were returned. More than 18,000 were removed because they are deceased.

“These people don’t live in Georgia anymore,” Georgia Secretary of State Brad Raffensperger told told Channel 2 investigative reporter Justin Gray. “Then you have 18,000 people who passed. So they are not going to be voting anymore. You need to have accurate voter rolls and proper list maintenance. It also helps your county election directors.”

Raffensperger said going forward, that new system will allow them to update the registration status of people who move out of state on a monthly basis, instead of every two years.

Gerald Griggs with the Atlanta NAACP said, “We already have lawyers on standby, I am on standby, just in case we have to file litigation. So we are going to be watching this, and we will respond if we believe voters have been disenfranchised.”

Congresswoman Marjorie Taylor Greene (R-GA) reacted Saturday on Twitter as Raffensperger is poised to remove 100,000 names from the Georgia voter rolls. Continued Below

“@GaSecofState why are you just now removing 100,000 ‘voters’ off of Georgia’s voter rolls? We know that these ‘voters’ should not have voted in the November 2020 Presidential election,” Rep. Greene tweeted. “Are you worried about Fulton audit? #TrumpWon”.

Most recently, The Georgia Star News revealed that the “chain-of-custody documentation is missing for 18,901 ballots in Fulton County, Georgia”.

Raffensperger warned in a statement this week, “New revelations that Fulton County is unable to produce all ballot drop box transfer documents will be investigated thoroughly, as we have with other counties that failed to follow Georgia rules and regulations regarding drop boxes. This cannot continue”. Continued Below

.@GaSecofState why are you just now removing 100,000 “voters” off of Georgia’s voter rolls?

We know that these “voters” should not have voted in the November 2020 Presidential election.

Are you worried about Fulton audit? #TrumpWon

All eyes on Fulton County. #ElectionIntegrity

Further, a 29-page memo written back in November by a contractor who was handpicked to monitor election counting, outlined the “massive” election integrity failures and mismanagement in Fulton County and it was revealed Friday by Just the News.

The bombshell report, constructed like a minute-by-minute diary, cited a litany of high-risk problems such as the double-counting of votes, insecure storage of ballots, possible violations of voter privacy, the mysterious removal of election materials at a vote collection warehouse, and the suspicious movement of “too many” ballots on Election Day, John Solomon and Daniel Payne of Just the News reported.

You can read the full report obtained by Just the News from the Secretary of State’s office HERE.