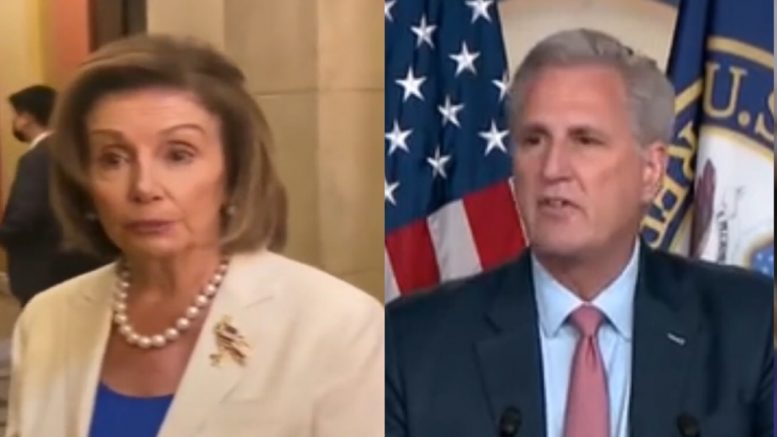 Pelosi cited the “integrity” of the probe in refusing to accept the appointments of Rep. Jim Banks (R-IN) and Rep. Jim Jordan (R-OH). McCarthy, however, said the GOP won’t participate in the investigation if Democrats will not accept the members he appointed.

“With respect for the integrity of the investigation, with an insistence on the truth and with concern about statements made and actions taken by these members, I must reject the recommendations of Representatives Banks and Jordan to the Select Committee,” Nancy Pelosi said, in part, in a Wednesday statement.

Rep. McCarthy also responded in a statement, saying Pelosi’s move will damage the institution of Congress.

“Speaker Nancy Pelosi has taken the unprecedented step of denying the minority party’s picks for the Select Committee on January 6. This represents an egregious abuse of power and will irreparably damage this institution. Denying the voices of members who have served in the military and law enforcement, as well as leaders of standing committees, has made it undeniable that this panel has lost all legitimacy and credibility and shows the Speaker is more interested in playing politics than seeking the truth,” McCarthy said.

“Unless Speaker Pelosi reverses course and seats all five Republican nominees, Republicans will not be party to their sham process and will instead pursue our own investigation of the facts,” the minority leader stated. Continued Below

Pelosi said that she had accepted McCarthy’s three other picks: Rep. Rodney Davis (R-IL), Rep. Kelly Armstrong (R-ND), and Rep. Troy Nehls (R-TX). McCarthy, however, said that all or none would participate.

Pelosi named eight members of the panel earlier this month, seven Democrats and Rep. Liz Cheney, who has criticized 45th President Donald Trump and has been the most outspoken member of her caucus against the protest. Cheney, who was demoted from GOP leadership in May, was one of the two Republicans who voted in favor of forming the committee, along with Rep. Adam Kinzinger (R-IL).

The panel will hold its first hearing next week, AP reported. Video Below

Unless Speaker Pelosi reverses course and seats all five Republican nominees, Republicans will not be party to their sham process and will instead pursue our own investigation of the facts.

(Related: Rep. Greene On House’s Commission To Probe Jan. 6 Capitol Events: “What About All The Riots That Happened During The Summer Of 2020”)