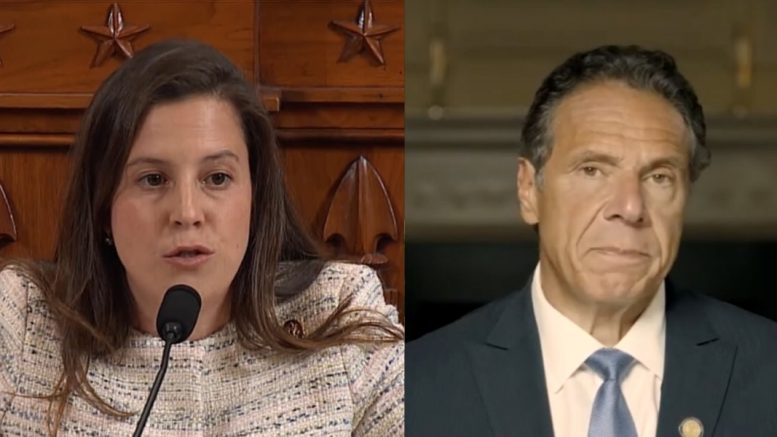 The probe included interviews with 179 people and over 74,000 pieces of evidence:

The findings follow months of Cuomo facing mounting allegations of sexual harassment, which he vehemently denied.

“The report can’t say anything different, because I didn’t do anything wrong,” Cuomo said in April, referring to James’ inquiry.

In February, Cuomo denied accusations of inappropriately touching anyone and said he “never propositioned anybody and I never intended to make anyone feel uncomfortable.”

House Republican Conference Chair Elise Stefanik was the first to call for Governor Cuomo’s resignation in December. In a statement on Tuesday, Stefanik said, “No one is above the law and today justice must be served. Governor Cuomo must resign and be arrested immediately.”

She also called for Joe Biden to “immediately call for Cuomo’s resignation.”

🚨🚨 MY FULL STATEMENT CALLING FOR THE ARREST OF GOVERNOR CUOMO 🚨🚨 pic.twitter.com/Xxl5ugsxTk

Cuomo must RESIGN.
Cuomo must be ARRESTED.
Cuomo staff must be PROSECUTED.

THE GOVERNOR’S CRIMINAL ENTERPRISE IN NEW YORK MUST END IMMEDIATELY.

I was the FIRST federal official to demand a full investigation into Cuomo’s pervasive sexual assault & harassment! We will have 24 hrs to see if the rule of law applies equally to the powerful or if we live in a Banana Republic.

This Criminal Sexual Predator will not go quietly. Needs to be REMOVED.

This is a dark time for the corrupt cesspool in Albany.

Anything less means they are absolutely 💯 % complicit.

This criminal Governor is going to do anything he can to desperately cling to power. He must be removed.

(Related: Rep. Nadler Issues A Statement Demanding Gov. Cuomo to Resign: “Impossible For Him to Govern At This Point”)