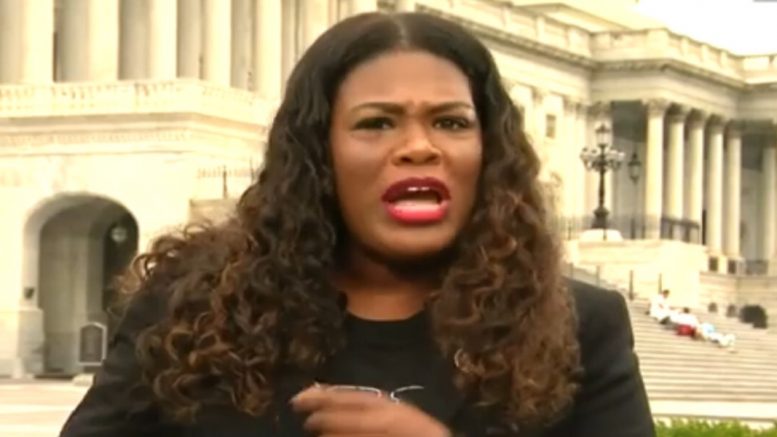 Rep. Cori Bush (D-MO) told CBS News on Wednesday that police officers “need” to be defunded, despite making sure she has her own “private security”.

In recent days, Bush has been called hypocritical for spending $70,000 on private security while pushing to defund the police. CBS anchor Vladimir Duthiers asked Bush to respond to the criticism, Fox News reported.

Rep. Bush said she would ensure she has security because she allegedly has had attempts on her life and has “too much work to do.”

“I’m gonna make sure I have security because I know I have had attempts on my life, and I have too much work to do. There’s too many people that need help right now for me to allow that,” Bush claimed.

“And defunding the police has to happen. We need to defund the police and put that money into social safety nets,” Bush added. Video Below

Cori Bush: I’m going to make sure I have private security but defunding the police needs to happen. pic.twitter.com/6jbv4HLlGs

Psaki claimed in a press conference that Joe Biden championed the American Rescue Plan because it “could help ensure local cops were kept on the beat in communities across the country”, adding, “As you know, [it] didn’t receive a single Republican vote. That funding has been used to keep cops on the beat.”

White House Secretary Jen Psaki blamed the GOP after the "defund the police" slogan backfired on Democrats. The Democrats are repeatedly pretending that all of their unpopular ideas are Republicans' evil schemes. pic.twitter.com/wHgzZrtht0

“Are there people in the Republican Party who think we’re sucking the blood out of kids?” Biden bizarrely responded.

Joe Biden was given the chance to condemn the Democrat-run cities defunding the police around the country, but he refused.

Instead, he bizarrely responds: “Are there people…who think we’re sucking the blood out of kids?” pic.twitter.com/LpOaQSTGed

(Related: Omar Says Biden ‘Is Going To Be Responsive To Policy Positions We Are Advocating For’, & Calls For ‘Dismantling’ Police)