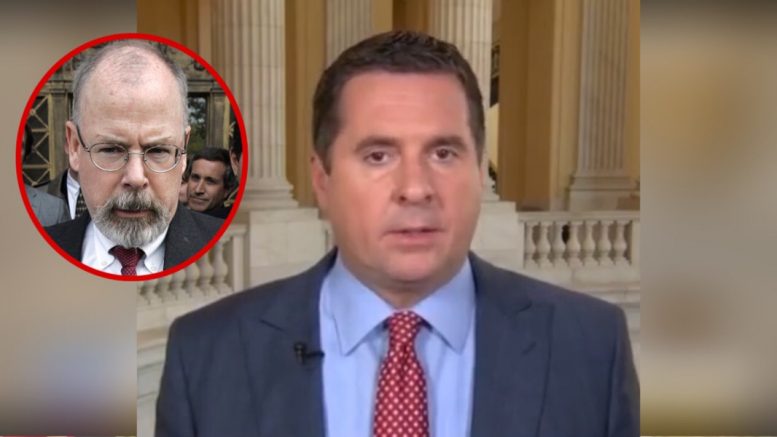 A federal grand jury indicted attorney Michael Sussmann based on allegations stemming from Special Counsel John Durham’s probe of the origins of the Russia investigation, leading to his resignation from a law firm with established ties to the Democratic National Committee and Hillary Clinton’s 2016 campaign.

The indictment alleges that the cybersecurity attorney, who until last week, was a partner at Perkins Coie – and previously worked for the Justice Department – falsely stated that he was not working “for any client” when he presented evidence to FBI officials of a purported secret communications channel between then-candidate Donald Trump and Russia. That supposed channel was alleged to have been between the Trump Organization and a Russian bank, Fox News reported.

The indictment alleges, Sussmann had been working on behalf of clients, including the Clinton campaign. Perkins Coie, in working with the campaign and the Democratic National Committee, had retained research firm Fusion GPS to conduct opposition research on Trump, which included Christopher Steele’s dossier on Trump and Russia.

The Justice Department noted in announcing the Sussmann indictment that the FBI determined there was insufficient evidence to support allegations of a secret channel between the Trump Organization and the Russian bank, per Fox News.

Meanwhile, during an interview on Fox News’ “Sunday Morning Futures”, Congressman Nunes told host Maria Bartiromo he “expect[s] Durham to do his job”, regarding the criminal referrals sent to the DOJ. Continued Below

Asked what is he expecting next from John Durham and if there was a statute of limitations to pressure the special counsel to get an indictment out, Rep. Nunes replied, “What I expect is — we’ve made 14 criminal referrals to the Department of Justice. I expect every one of those to be looked into”.

“For God’s sake, the American people, the taxpayers pay for us to do this work. We don’t have guns here in congress. We can’t go out and arrest people. All we can do is do an exhaustive investigation, which we’ve done, despite being stonewalled by the Department of Justice and FBI for years. So we’ve done our job. Now we expect Durham to do his job, which I think he is doing,” Nunes said.

“Every Republican senator, every Republican congressman, better be saying the same thing when they’re having conversations, especially the ones who are in positions of power in this town, to tell [Merrick] Garland, ‘Durham better finish this investigation”, he urged. Video Below

(Related: Rep. Nunes Says Around ‘Fourteen Criminal Referrals’ Have Been Made In Relation To Russia Probe Origins)