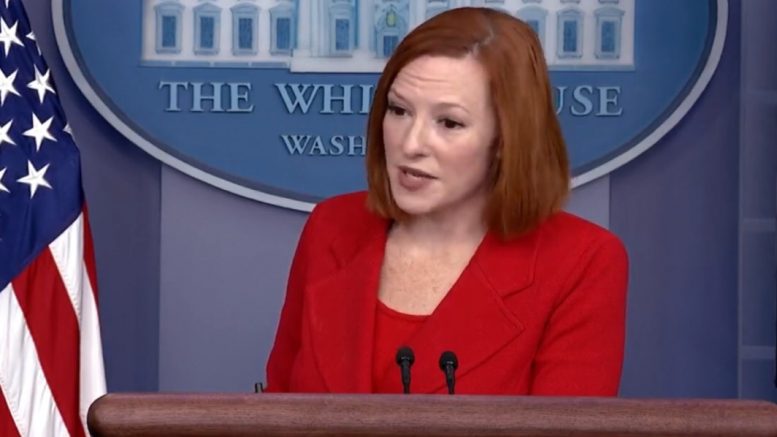 Press Secretary Jen Psaki on Thursday was asked about large-scale looting of stores occurring in Democrat-run cities across the country and alleged the criminal behavior is caused by the Covid pandemic.

“When a huge group of criminals organizes themselves and they want to go loot a store, a CVS, Nordstorm, a Home Depot — until the shelves are clean, you think that’s because of the pandemic?” Fox News White House correspondent Peter Doocy asked Psaki.

“I think a root cause in a lot of communities is the pandemic, yes,” Psaki claimed.

REPORTER: "When a huge group of criminals organizes themselves and they want to go loot a store—a CVS, Nordstorm, a Home Depot—until the shelves are clean, you think that's because of the pandemic?"

In 2014, California passed a ballot initiative known as proposition 47. It essentially decriminalized shoplifting of goods valued under $950. As a result, mobs of criminals have banded together to overwhelm stores and steal merchandise. They’re also robbing people at cafes and in their homes. Over the Thanksgiving weekend a security guard in Oakland was killed, Town Hall reported.