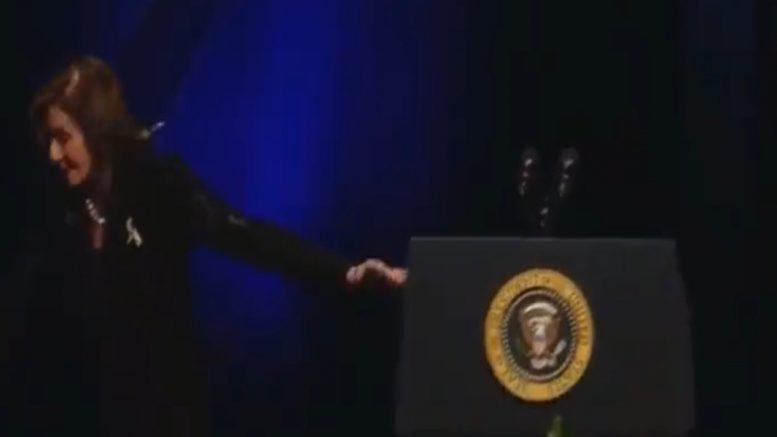 After ending her speech, Pelosi stumbled at the podium, appearing to misstep, but caught herself — at the service for Reid.

During the service, Pelosi called Reid a “towering titan of public service” who never spoke poorly of his colleagues, but former President Barack Obama, who also attended the service, disagreed with Pelosi’s assertion.

House Speaker Nancy Pelosi: "In all of our conversations before he hung up, I never heard Harry say an unkind word about any of his Senate colleagues, Democratic or Republican."

Reid died after a four-year battle with pancreatic cancer, his family said. He was married to his wife, Landra Gould, for 62 years. After the service, Reid will be moved to Washington, D.C., to lie in state in the Capitol Rotunda on January 12, CBS News reported.

(Related: Rep. Nunes On Pelosi’s Role In Lack Of Capitol Security On Jan. 6: “She Clearly Doesn’t Want To Answer What Happened”)