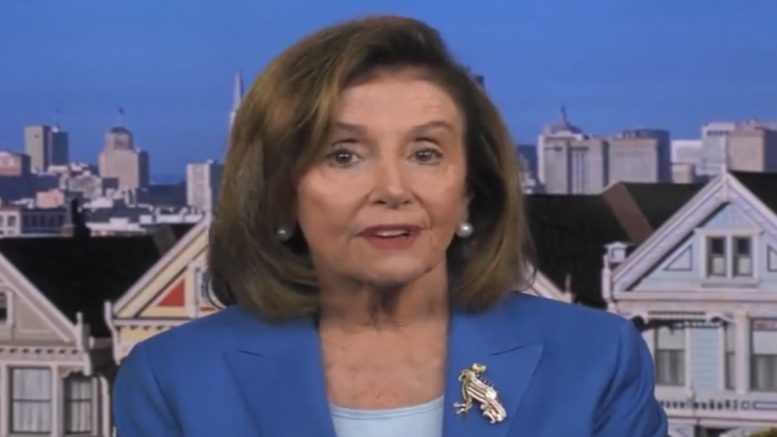 81-year-old House Speaker Nancy Pelosi (D-CA) announced on Tuesday her bid for re-election ahead of the 2022 midterms.

Pelosi, who will turn 82 in March, had previously vowed to step down as the leader of House Democrats after the 2022 election, but it appears the Democrat career politician is not ready to give up the gavel.

“… When you’re in the arena, you have to be able to take a punch or throw a punch for the children,” she said.

“Our vision for a world at peace requires a strong Democracy at home as an example to the world. We are grateful to our men and women in uniform, veterans, and military famines and honor their sacrifice with our insistence on securing voting rights and end the big dark money in politics,” Pelosi claimed. “And amplifying the voice of the grassroots.”

“While we’ve made progress, much more needs to be done to improve people’s lives. Our democracy is at risk because of assaults on the truth, the assault on the U.S. Capitol and the state-by-state assault on voting rights” the 81-year-old Democrat alleged. Video Below

“This election is crucial. Nothing less is at stake than our Democracy,” she further proclaimed, without specifically explaining why. “… And that is why I am running for reelection to Congress.”

While we have made progress much more needs to be done to improve people’s lives. This election is crucial: nothing less is at stake than our Democracy.

But we don’t agonize-we organize. I am running for re-election to Congress to deliver For The People and defend Democracy. -NP pic.twitter.com/ojwFPOdRs3